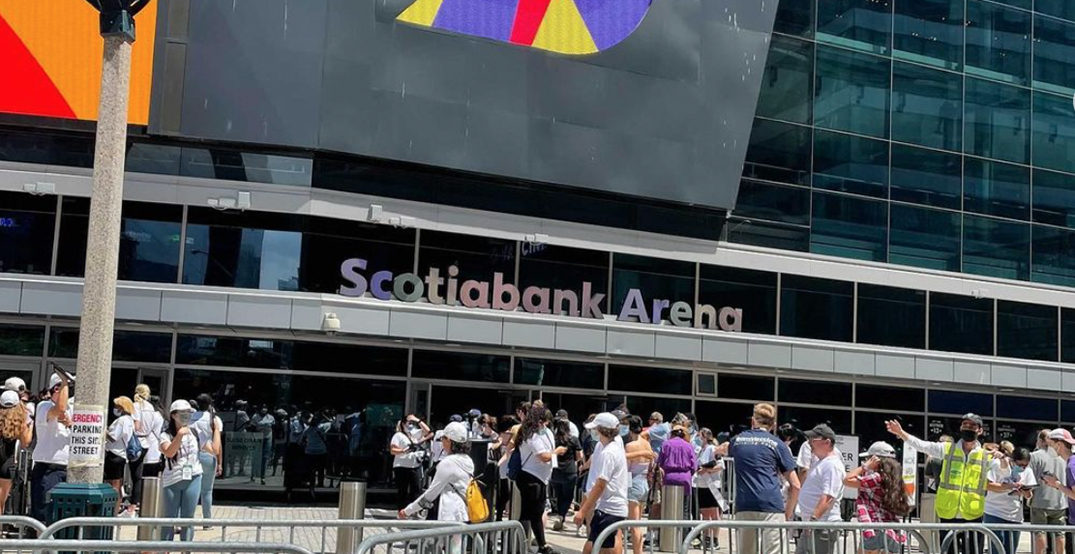 Nearly 27,000 people got vaccinated against COVID-19 at Toronto’s Scotiabank Arena on Sunday as part of the City’s Toronto Vaccine Day.

According to a news release from the City, that’s a world record for the number of doses administered at a single clinic in one day.

“Thank you to the thousands of Toronto residents who stepped forward today to get either their first or second shot and set a record in the process,” Mayor John Tory said. “I continue to encourage all Toronto residents to get fully vaccinated so we can bring this pandemic to an end.”

The vast majority of shots given at the Scotiabank Arena clinic were second doses — 25,793 of them. The remaining 981 shots were first doses.

The TTC offered patients and staff free rides to any vaccine clinic in Toronto on Sunday as long as riders showed proof of a booked appointment or their vaccine receipt.