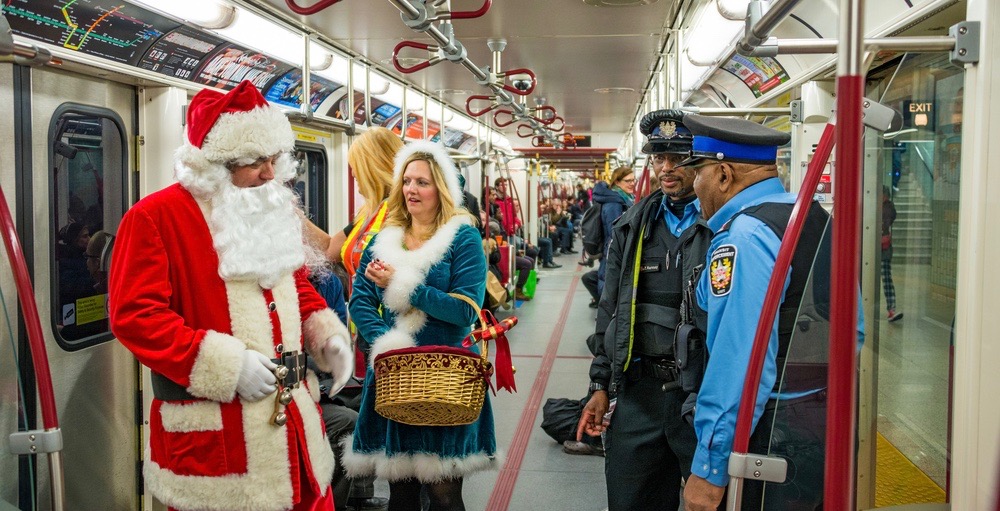 Santa Claus is coming to Toronto.

And the big man in red is leaving his sleigh behind to take the TTC around the city.

According to the TTC, as the holiday season gets underway, Santa will be visiting various subway stations on Thursday, December 7.

Santa Claus’ first stop will be Bloor-Yonge Station at 11 am, where the spectacular annual Christmas train display, created by retired TTC employee Bill Marushiak will be unveiled.

As the giving person that he is, Santa will be handing out candy canes, wishing TTC riders and employees a safe and happy holiday season before riding the subway throughout the downtown, spreading the joy of the season.

So get to the TTC to meet the jolly ol’ Saint Nick!

Where: Bloor Station, southbound mezzanine level
When: Thursday, December 7, at 11 am