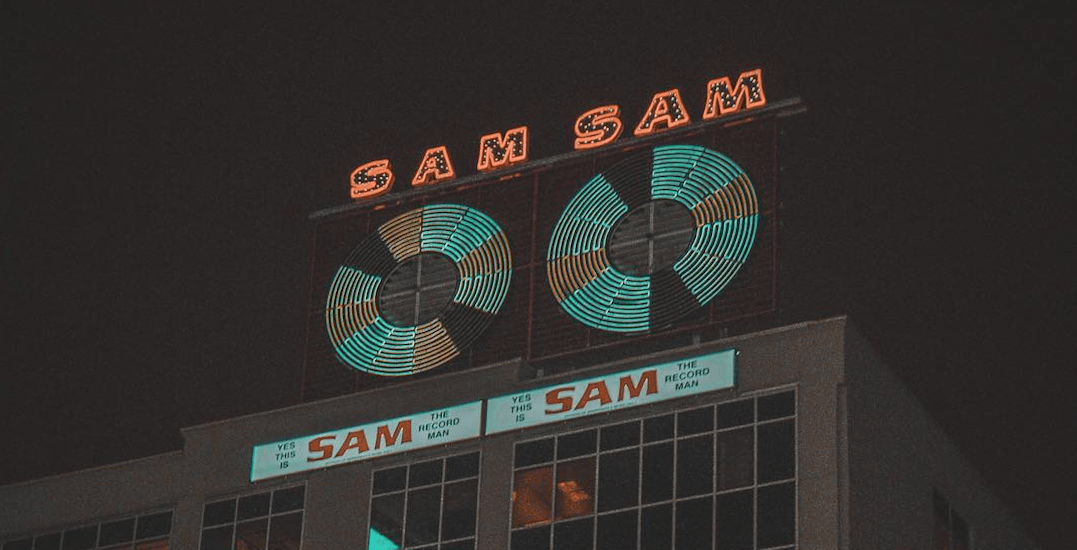 The wait is finally over.

Toronto’s most iconic sign will be re-lit at its new home at Yonge-Dundas Square later this evening.

Hosted by Ryerson University, the City of Toronto, and the Sniderman family, the official Sam the Record Man re-lighting ceremony is scheduled to begin at 5 pm.

The public event will include remarks from City of Toronto Mayor John Tory, Ryerson University President and Vice-Chancellor Mohamed Lachemi and Bobby Sniderman.

For nearly 40 years, the sign adorned the front of the famous Yonge Street record store, which served as the place to be for music fans in Toronto. However, the sign was taken down in 2008, a year after the store closed.

For over a month, the beloved sign was slowly re-installed at its new home atop the Toronto Public Health building at 277 Victoria Street, giving Torontonians a sense of how the sign will look upon completion.

And now, the spinning discs will get to glow once again in all its neon glory tonight.

So if you’re near Yonge-Dundas Square this weekend, make sure to look up!