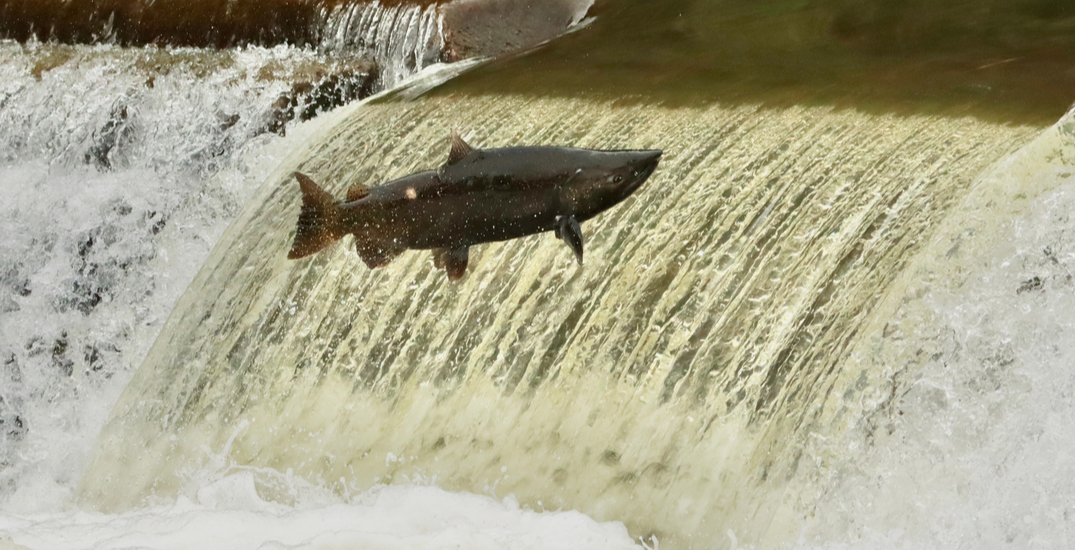 Leaves are starting to change, kids have gone back to school, and, with temperatures expected to drop this week, another hallmark of fall will soon appear in Ontario.

Once temperatures fall below 18°C, it will be time for the annual salmon run.

Every year from September to November, thousands of salmon swim upstream through Ontario’s waterways to spawn.

According to the Great Lakes Guide, the fish journey through rivers and streams connected to the great lakes, returning to the same place they were born to lay their eggs.

The most awe-inspiring part of the migration is watching the fish leap out of the water.

Despite some weighing more than 13 kilograms, the fish are able to jump two to three metres out of the water, the Toronto and Region Conservation Authority (TRCA) states.

Several varieties of salmon, including Chinook, Atlantic, Pink, and Coho, can be found in waterways in and around Toronto.

Lake Ontario used to be teeming with Atlantic Salmon, according to the TRCA, but deforestation, pollution, and construction caused them to go locally extinct around 1898.

Their numbers have since rebounded, though, thanks in part to a restoration project that was launched in 2006.

Chinook and Coho salmon were introduced to Lake Ontario throughout the 1900s in order to enhance recreational fishing.

According to the TRCA, the best spots to watch the salmon run around the GTA are as follows: