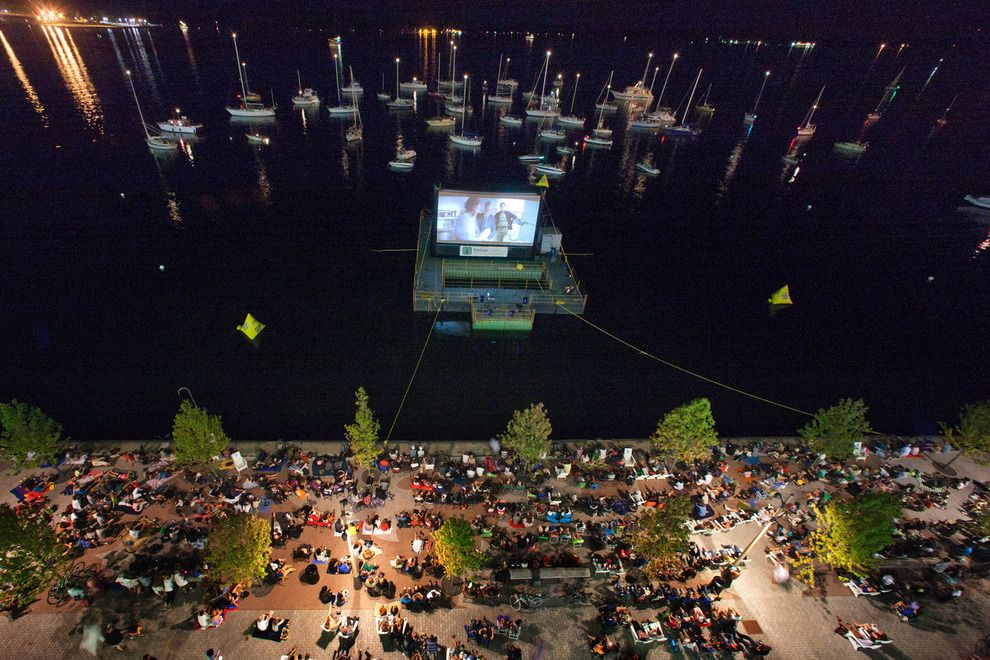 Sail-In Cinema is coming back to Toronto this summer for its seventh year.

And as Sugar Beach is once again turned into the largest outdoor theatre in Toronto this August, you’ll be able to participate from both the shore and the open water thanks to the only duel-sided floating movie screen in the world.

But that’s not all. As of today, you’ll also be able to vote for the films you want to watch.

Sail-In Cinema has released their shortlist of movies that could be played over the three-day event and they include:

According to a release, voting is open until July 11, and the three winning films will be announced shortly thereafter.

Movies are scheduled to will start at dusk (approximately 8:45 pm) each of the three nights. Last year, more than 11,000 people on land and 100 boats attended the must-see event.