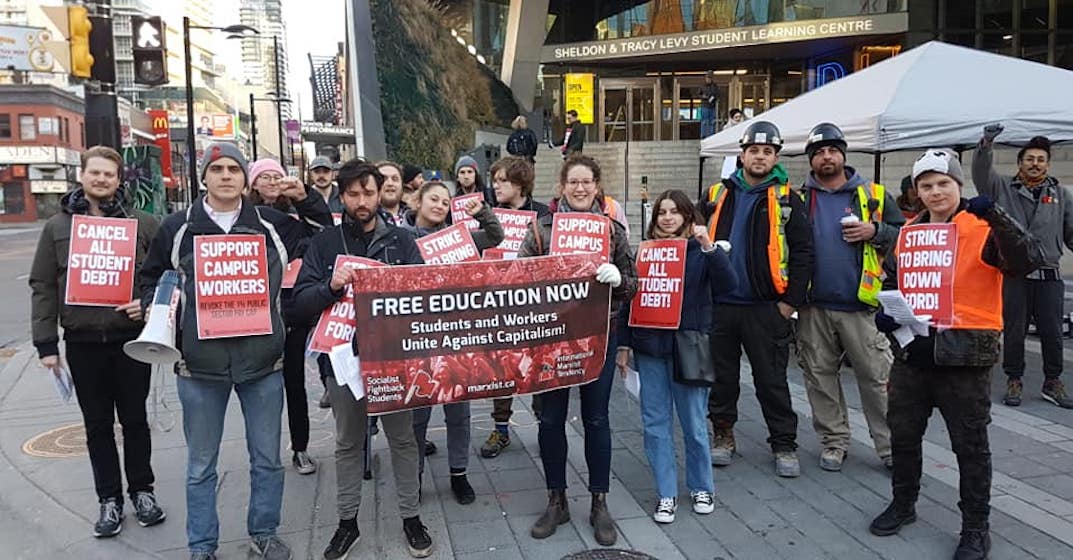 Ryerson students have taken to the streets Wednesday morning to hold a ‘student strike’ to protest the funding cuts made by the Ford government.

Students from the downtown university, who are striking alongside students from York and OCAD, who are expected to hold similar demonstrations on their respective campuses today, have already set up picket lines in front of Ryerson University’s Student Learning Centre on Yonge Street.

“All students, faculty, campus workers, and community members are encouraged to join the picket lines to help bolster the strike,” reads the group’s Facebook page.

According to the group, the strike intends to get students out of class, thereby shutting down the university, with the hopes of raising awareness about student’s frustrations with the Ford government’s number of changes that would impact post-secondary students.

This includes eliminating free tuition for low-income students, while imposing a 10% across-the-board tuition fee cut. The government also made several once-mandatory student fees, such as those that fund campus organizations and clubs, optional. 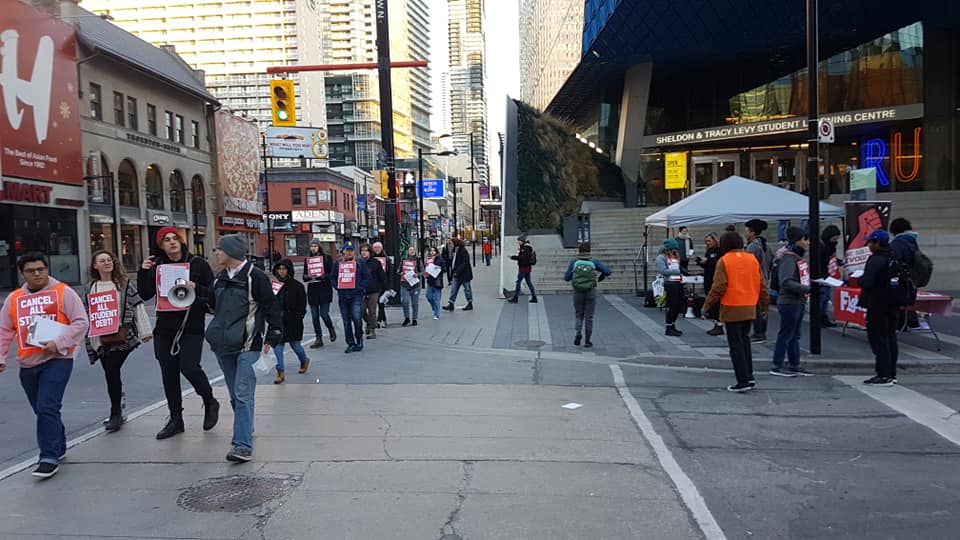 The group says they are using the student strike as their way to pressure the government and to make the following demands:

According to the group, the Ryerson Faculty Association has sent out an email to all professors encouraging them to accommodate students for Wednesday’s strike.

Additionally later in the afternoon, the group is planning to hold a march in conjunction with OCAD students after the Ryerson picket lines shut down.