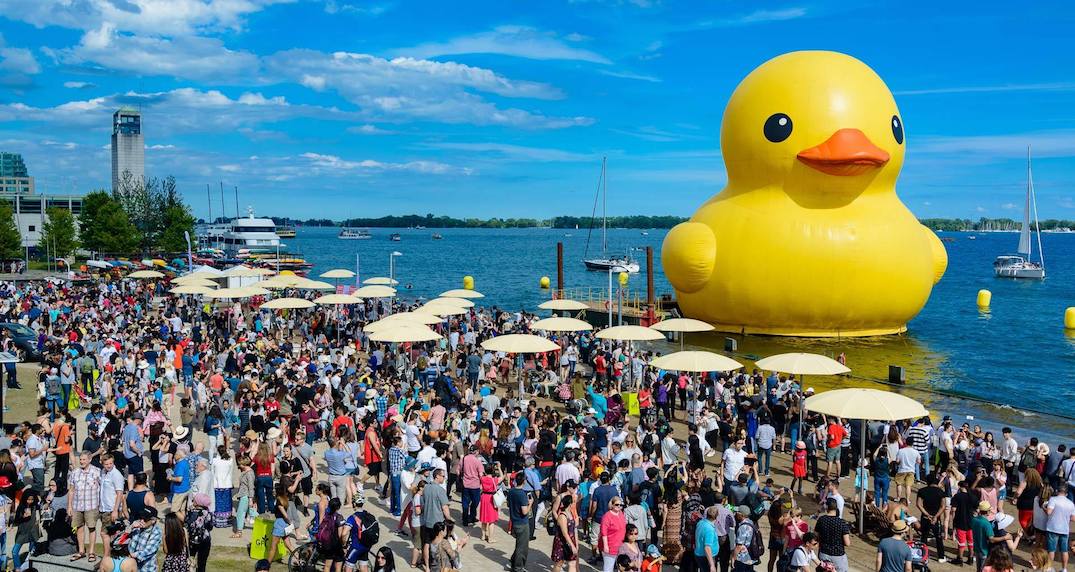 According to The Redpath Waterfront Festival (RWF), analysis of onsite surveys completed by event attendees of the World’s Largest Rubber Duck visit showed an economic impact of $7.6 million, the highest in RWF’s history.

The Rubber Duck visit was part the festival, which celebrated Canada’s 150th anniversary and drew a record 750,000 people to Toronto’s waterfront.

The Festival said that local businesses benefited from the giant yellow Duck.

“It was crazy. There were so many people in this neighbourhood, there was a line-up from the moment we opened until close,” said Wais Noorzada, manager of Swiss Chalet, in a release. “Most of the people that I talked to were families who said they came to see the duck.” 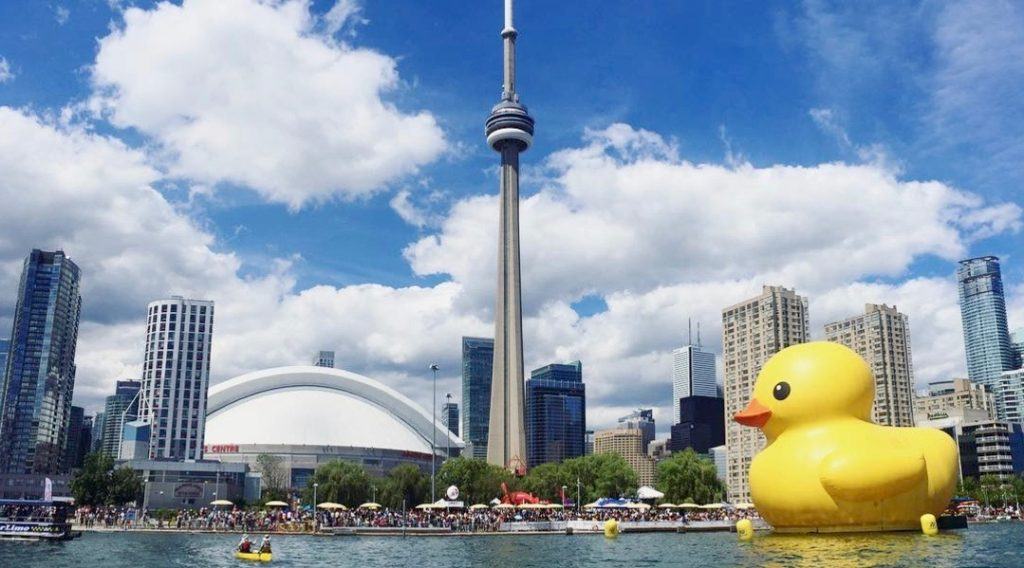 RWF also reported non-local attendees and event operations resulted in $10.6 million of new spending, and an estimated $4.8 million was spent at local restaurants.

This summer’s waterfront festivities was part of the ONTARIO 150 Tour.

“As we celebrate Ontario’s 150th anniversary, our government has supported an expansive suite of festivals and events that are leaving economic and cultural legacies across the province,” said Eleanor McMahon, Minister of Tourism, Culture and Sport. “The Redpath Waterfront Festival was a shining example, as tourists flocked to our waterfront in record numbers, creating jobs and leaving a strong economic impact.”