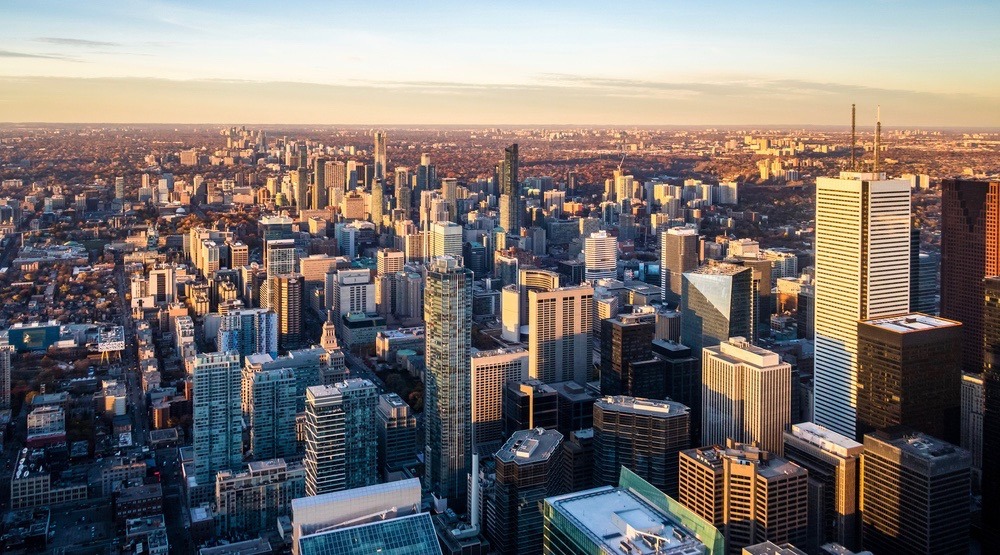 After Donald Trump was elected president of the United States, many Americans were vocal about their desire to move to Canada.

Now, thanks to data released by real estate services provider Royal LePage, we have some insight into where exactly in the Great White North our US neighbours are looking to set up shop.

Of all the provinces, Ontario is the front runner as the most researched destination by Americans on royallepage.ca in the fourth quarter of 2016, with 41.4 per cent of U.S. regional page views directed to the province. In addition, Ontario listings experienced a significant boost in U.S. page views, rising 54.5 per cent in 2016 compared to the same time period in the previous year.

Additionally, an online poll conducted by Royal LePage of 1,226 real estate advisors across Canada found that 62.5 per cent of those surveyed in Ontario named the Greater Toronto Area (GTA) as the most desirable location for Americans looking to purchase a home in the province.

“The United States was already a top source for immigration into Canada and now in the period following the recent U.S. election, we are witnessing a material bump in American interest in Canadian real estate,” said Phil Soper, president and chief executive officer of Royal LePage in a press release.

“With our country’s ever-growing global reputation as a financially sound, happy and culturally tolerant place to raise a family, it is not surprising that interest has moved from a place to play, to a potential place to live and work,” said Soper.

It’s not just Ontario that’s getting all the attention from potential home buyers south of the border. Canada’s East Coast may also see a sudden influx of American immigrants.

Despite accounting for a smaller percentage of U.S. website traffic provincially (7.4 per cent in Nova Scotia; 5.7 per cent in New Brunswick; 2.3 per cent in Prince Edward Island; and 2.1 per cent in Newfoundland and Labrador), according to the real estate advisors surveyed, Atlantic Canada saw the highest percentage of actual sales inquiries from Americans since October 2016.

The provinces with the least amount of interest? Those would be Manitoba and Saskatchewan. These Prairie Provinces accounted for only 1.6 and 0.5 per cent of U.S. website sessions respectively.

Here’s the full breakdown of how each province ranked in terms of percentage of total U.S. traffic to the Royal LePage website: 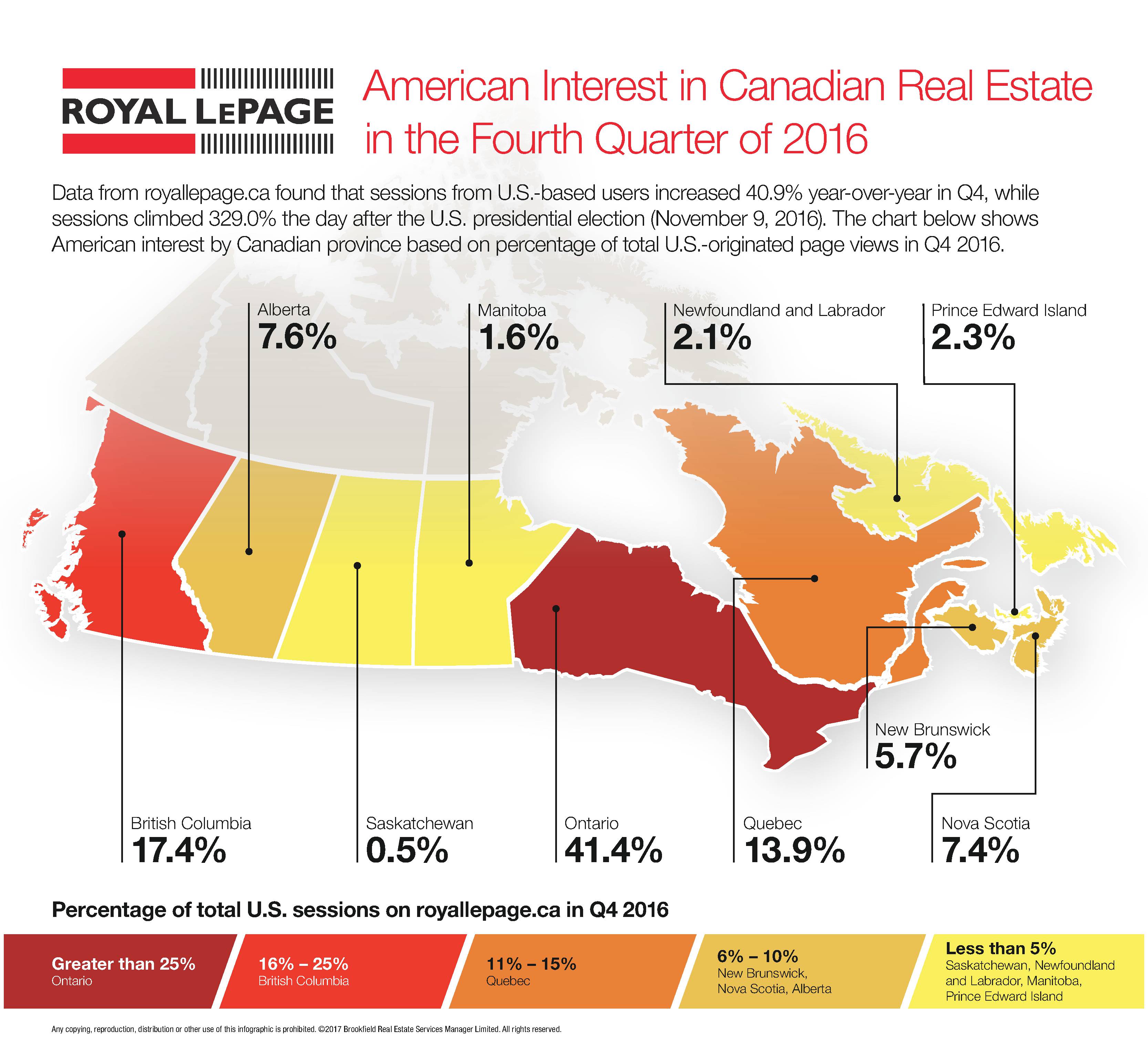