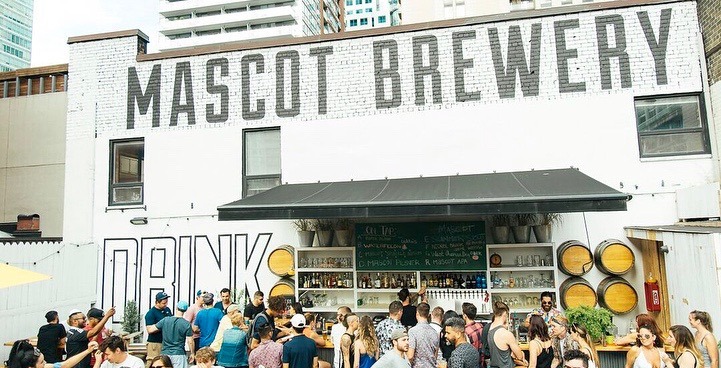 While most things thrive in the summer, these Toronto restaurants aren’t among them. We’ve rounded up some the most shortlived flops and sadly shuttered Toronto institutions that closed up shop over the last few months.

The Anne Boleyn
The pub on Richmond at Peter closed before the beginning of July – not even a year after its debut.

Annvita Tea Room
This posh afternoon tea spot in Willowdale is no more.

Beaches Bakeshop
The popular east-side bakery closed this summer after 12 years in business.

Black Hoof
Following a decade on Dundas West, Jen Agg has shuttered the acclaimed restaurant that spurred the vibrant restaurant scene in the area.

Boar
The popular sandwich shop at Yonge and Davisville has quietly closed its doors.

Branca
The Argentinian restaurant on Dundas West fired up the parrilla for the last time on September 1.

Crafted Coffee
The Ossington cafe has closed and reopened under a new name (Pilot Coffee Roasters) and new address doors down.

Corned Beef House
The old school deli has shuttered its Entertainment District outpost and has since been transformed into a new spot called Melrose on Adelaide.

District Oven
The sit-down Middle Eastern restaurant has been replaced by a billiards club.

Dog’s Bollocks
The taproom on Queen West closed in July and has already been replaced by the 817 Sports Bar & Grill.

Dolly’s
The Pinoy Mojito bar is shuttered and already being converted into something new.

El Riconcito Mexicano
The Mexican joint on Church has closed to make way for new condos.

The Fish Store
This Little Italy remains closed following a fire in a neighbouring restaurant.

Frings
The restaurant owned by celeb chef Susur Lee and Toronto rapper Drake shuttered on June 23 and is soon to be replaced by West Oak.

Ghazale
The Middle Eastern take-away joint has closed following a two-alarm fire which occurred during the Taste of Little Italy street festival this summer.

Kiss the Tiramisu
The Korean chain of dessert houses devoted to tiramisu has shuttered less than a year since opening.

Koek Koek
The healthy food concept quietly shuttered and its Yonge and Eglington address was put up for lease sometime this summer.

Lady Marmalade
The beloved brunch spot is relocating to a new location on Broadview Avenue while a Thai restaurant is set to take over the Leslieville address.

Lola’s Kitchen
The brunch spot abruptly closed on Labour Day without giving any notice to staff or customers.

Lone Star
The Texas grill in the Entertainment District is no more.

Mascot Brewery and Odd Thomas
The multi-floor venue complete with glorious rooftop patio closed at the end of June as the site is slated to become the home to the previously announced Nobu Residences Toronto.

North 44
After nearly three decades, the Toronto restaurant at Yonge and Eglinton has closed its doors. The restaurant was local celebrity Chef Mark McEwan’s first independent restaurant when it opened in 1990.

One Hour Cafeteria
The Chinatown snack bar has called it quits.

Ouzeri
Yet another Greek restaurant on The Danforth called it quits over the summer.

Paramount Butcher Shop
The halal butcher shop at Yonge and Eglinton has folded just months after opening. The Mississauga outpost is still going strong though.

Pearl King
The King West dim sum spot cites the King Street Pilot Project as the cause of its downfall.

Pan on the Danforth
The longstanding Greektown restaurant has closed, though a new spot from the same owners, Soulas Modern Greek Cuisine is now open just a few doors down.

Pots & Pans Eatery
Just months old, and this Greek spin-off from the folks behind Tzatziki’s has already closed

Revere
The Italian restaurant on The Danforth has permanently closed.

San Francesco
The Italian ‘sangwich’ shop on Queen Street West is closed and already converted into a second outpost of Cluck Clucks.

Spoon & Fork Plus
The location on York Mills Road at Don Mills has closed, though other locations across the GTA are still open for business.

Tacos 101
The compact taco shop is on the hunt for a new location after vacating its Yonge and Dundas address to make way for incoming condos.

Vivoli
A fire in neighbouring restaurant Ghazale has shuttered this Little Italy stalwart.

Zeytounda Mediterranean Cuisine
The shawarma shop near Yonge and Dundas is dunzo.