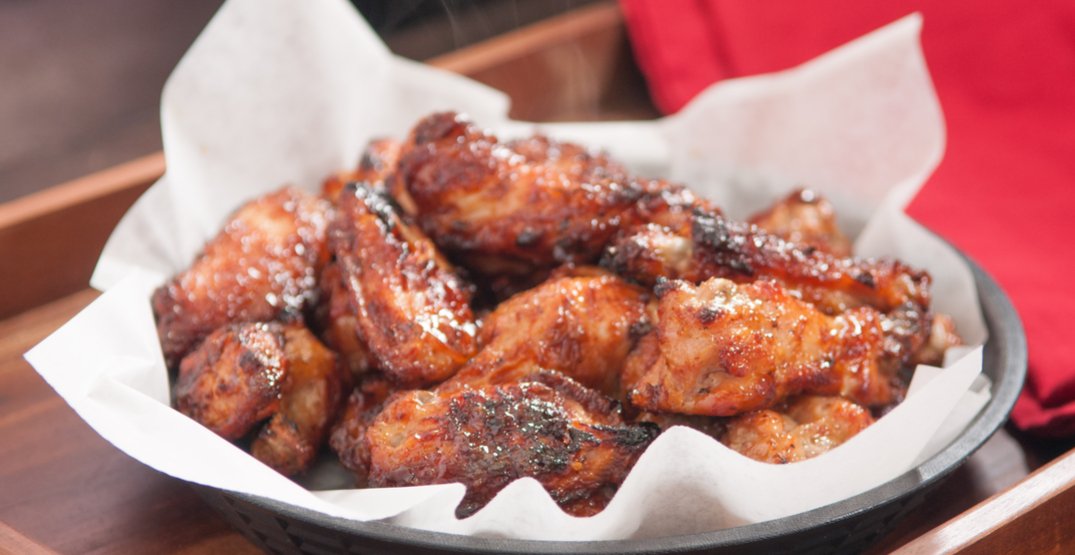 All-you-can-eat wing nights are not nearly as common in Toronto as you might imagine.

With the exception of the occasional chain restaurant, the popular deal would almost be extinct in this city were it not for the impending return of AYCE wings on Wednesdays at Toronto’s Night Owl.

The Little Italy bar first launched AYCE Wing Wednesdays back in 2015 but the promotion was suspended when another operator took over the kitchen. Lucky for all of us, the wing deal is about to make a triumphant return.

Re-launching Wednesday, October 17, AYCE wings will be available weekly from 6 pm to midnight for $19.99.

And, not only does this promotion include unlimited orders of chicken wings in a choice of mild, medium, hot, and BBQ flavours, but patrons can alternate (or go all in) with a vegan alternative: the crispy Buffalo-inspired cauliflower.

When: Wednesdays starting October 17 from 6 pm to midnight
Where: 647 College Street, Toronto