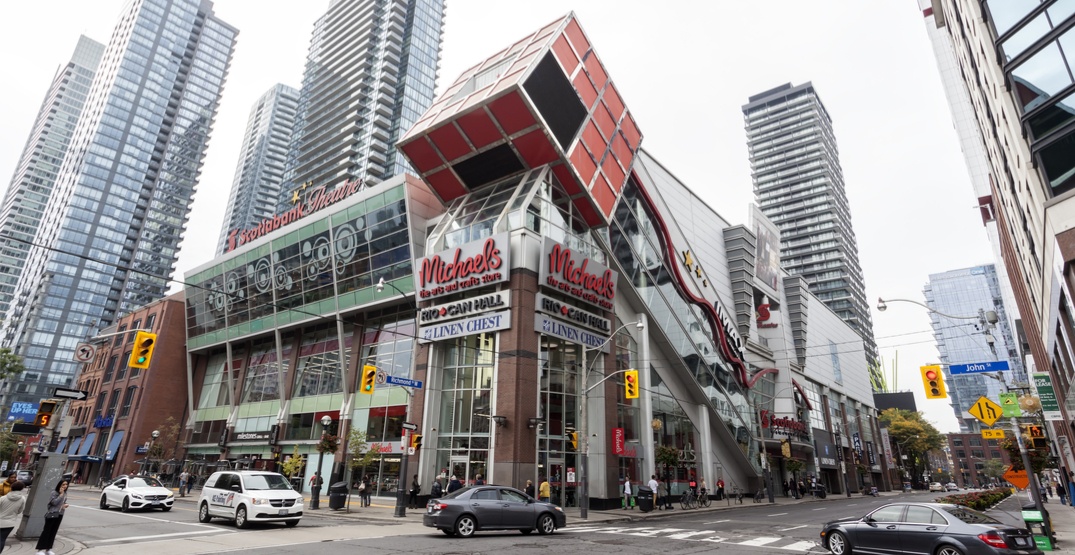 The corner of Richmond Street West and John Street are iconic downtown Toronto.

From the strip of restaurants along John Street to the massive Scotiabank Theatre, this corner puts “entertainment” in the term “entertainment district.”

A giant urban entertainment complex known as RioCan Hall occupies the southwest corner of the intersection, and is home to retailers like Marshall’s, Goodlife Fitness, and the movie theatre.

The complex has been there since 1999, occupying a six-storey structure as well as a 425-space underground parking garage. 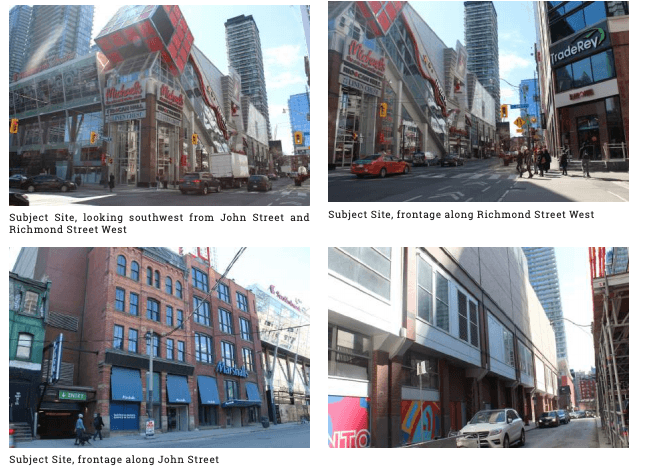 But that may be changing.

According to a redevelopment application submitted to the City of Toronto on April 24, two new towers may be going up at the corner.

The application is for a mixed-use development including two buildings, 39 and 40 storeys in height (136.65 metres and 142.9 metres, respectively, including mechanical penthouses).

The proposed uses include two levels of retail, seven levels of office space, a daycare, the replacement of the existing movie theatre, an on-site publicly accessible privately owned open space and 613 residential units, according to the application. 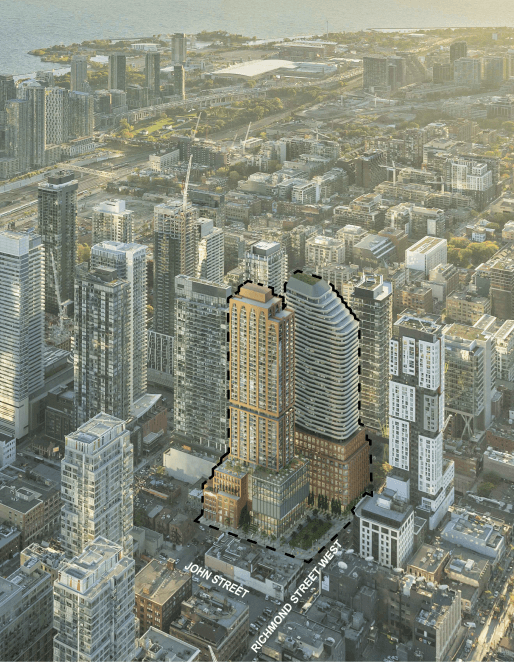 The proposed buildings/City of Toronto

Along with that, there will be a sizeable new public square that would be introduced at the southwest corner… where RioCan Hall currently stands.

Daily Hive has reached out to Cineplex for comment regarding the potential closure of Scotiabank Theatre, and this story will be updated accordingly.