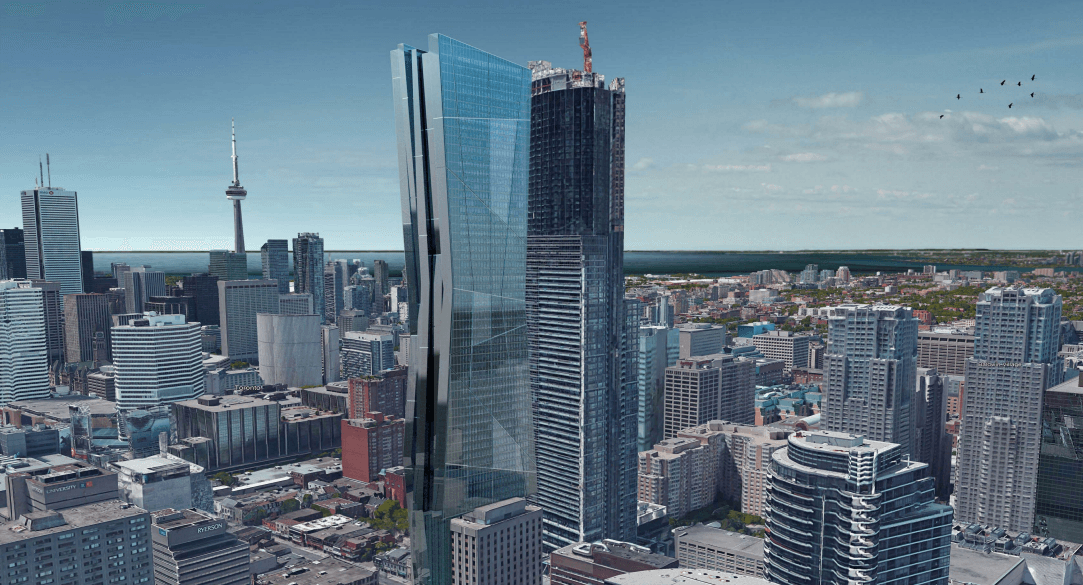 A proposal to permit the addition of a 42-storey residential building on top of a current 19-storey office building has been submitted to the City of Toronto.

The proposed property is at 409 – 415 Yonge Street and 9 and 17 McGill Street, and is currently occupied by a retail/commercial use building.

According to the rezoning application, the current use at the location represents an “underutilization of land within Downtown Toronto and in proximity to higher order transit infrastructure.”

The applicant, The Marwest Group of Companies, says that the proposal aims to revitalize the site with a mixed-use development by adding a residential portion to the existing building, which would continue to be maintained for office uses. 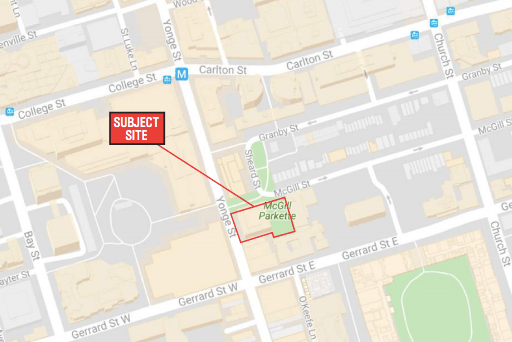 Site of the proposed 42-storey addition/ City of Toronto

The rezoning application states that the McGill Parkette near the site would stay in its current form.

There is also a plan to add 900 square metres of new amenity area proposed.

“The proposed development of the subject site would result in a building addition that is complementary to the existing and approved high density, high-rise development in the Downtown, along the Yonge Street corridor,” states the application’s planning rationale. “It will appropriately intensify the subject site with residential uses which will contribute to the City’s rental housing stock, as well as retain existing employment uses.” 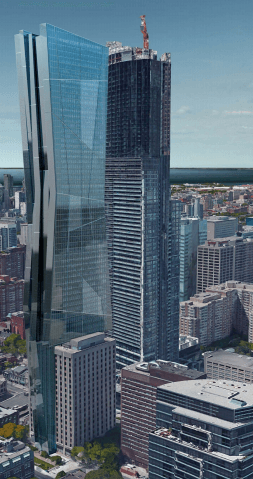 Proposal for 415 Yonge St/City of Toronto