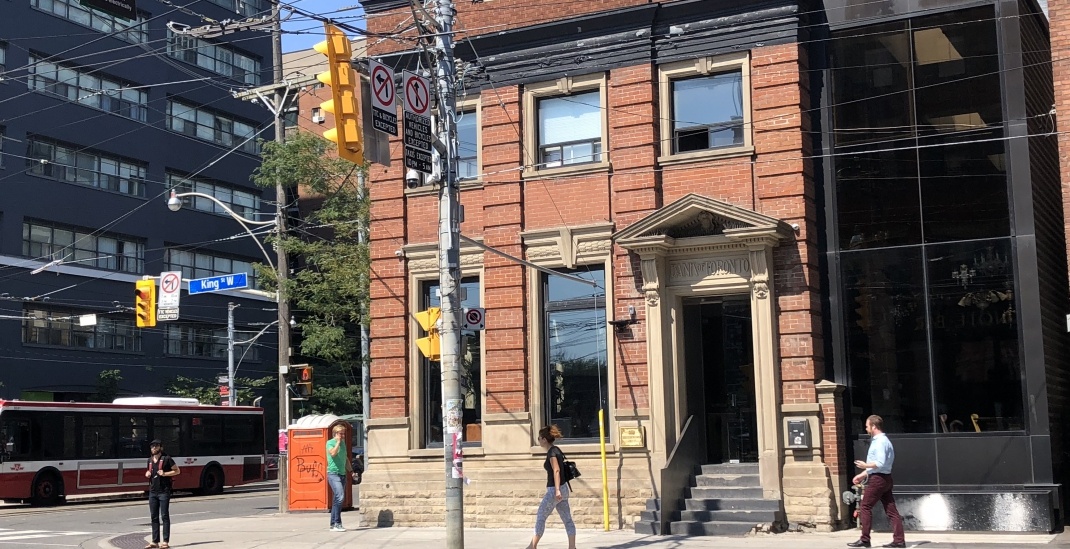 Just in time for TIFF, Regulars Bar is opening at the corner of King and Bathurst.

Taking over the former address of Blowfish Restaurant + Sake Bar, the new spot set to open this September, is the latest from Patrick and Nader Marzouk, the same team of brothers behind Toronto’s comic book bar.

Billed as a new 180-seat restaurant and bar that, according to a press release, is “set to become the neighbourhood’s go-to local for elevated food and drink,” the former sushi bar has been entirely transformed in partnership with Prototype Design Lab.

Look forward to installations from world-renowned artist, Alejandro Monge and décor that draws inspiration from the “gambling halls and casinos of the 1920s to Hollywood’s Golden Age, mixed with the raw edginess found on the streets of Toronto’s nearby West Queen West neighbourhood.”

From the kitchen, expect a menu from Chef Ron Stratton featuring bar snacks along with more substantial meals.