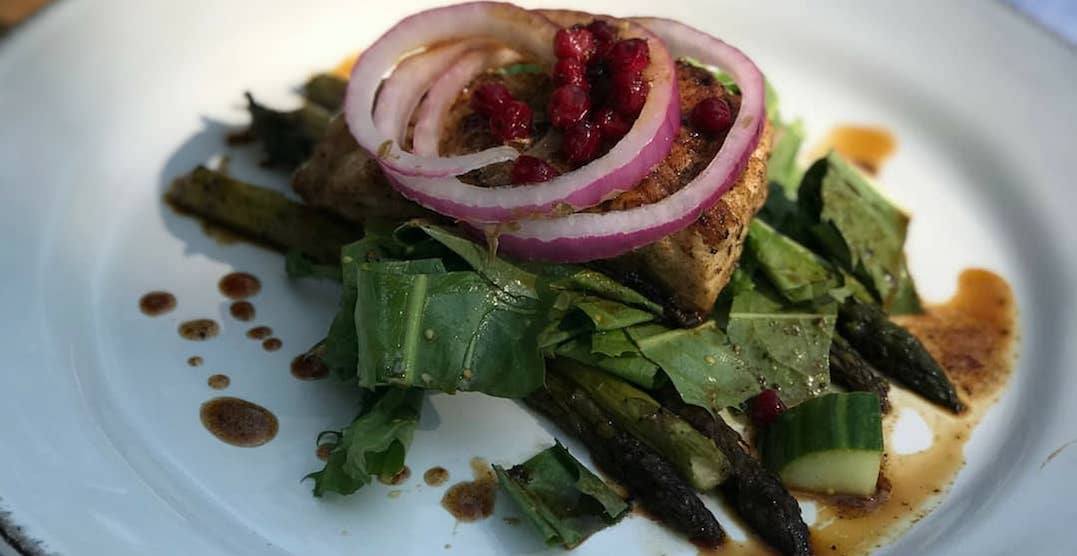 You’ve heard of dinner and a show… but probably not like this.

On April 16, Hot Docs is offering the opportunity to explore the power of reconciliation through food at the world premiere of the new docu-series Red Chef Revival.

The series will highlight stories of Indigenous cuisine being reclaimed and reinvented by chefs from across Canada.

Hot Docs will be airing a three-episode preview of the new STORYHIVE series, and attendees will enjoy three-course meal and cocktail pairing, created by the chefs featured.

Plus, a cedar and lime margarita.

For Chef Cezin Nottaway, whose parents were both in residential schools, participating in this series is about food, yes… and so much more.

“This is another way of decolonizing myself,” she told Daily Hive.

“I want to do something [related to] who I am. This is my culture, these are my people, and damn right you’re going to know about Anishinaabe food.”

Nottaway learned traditional methods of cooking from her grandmother, and fell in love with the craft when she started working for a catering company at 16.

“There was a local caterer serving beaver and moose,” she said. “I thought, this is amazing. People love this. I was inspired by him to do something similar.”

And then, a family friend, who used to bring food to her grandmother when she was ill, gifted her a cookbook. There was no turning back.

Nottaway notes that, as the first people of this land, traditional Indigenous food is actually true Canadian food. She suggests that attendees come with open minds and open hearts, ready to learn and try new things.

“I do a lot of foraging for whatever is involved for my catering,” she said. “I climbed over a friend to get the birch bark that’s wrapped around the dessert I will be serving.”

From the looks of it, this screening is going to be a delicious, educational adventure.

If you’re not able to make the event but you still want a taste of the experience, you can catch the first episode online.