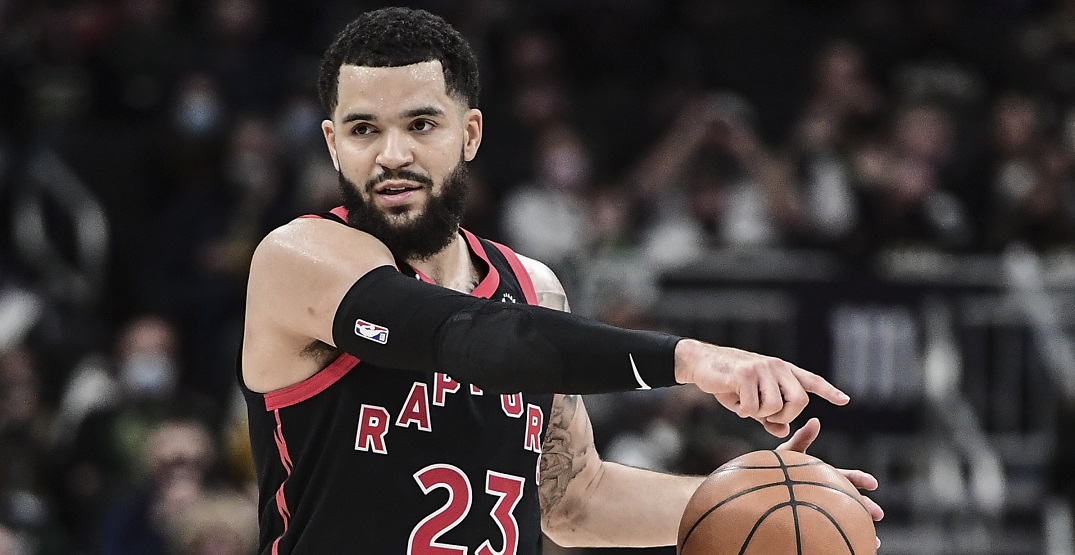 In case you’ve missed it, Toronto Raptors guard Fred VanVleet is having a career year this season.

VanvVleet’s career highs of 21.9 points, 4.9 rebounds, and 6.7 assists per game have driven the push for fans to support his possible first career appearance at the NBA All-Star game.

In an appearance on the Some Dude Show hosted by internet personality Cuffs the Legend, VanVleet spoke about the reasons behind his NBA success as an undrafted player.

– Undrafted Rookie to NBA Champion
– “Bet On Yourself” mentality
– what makes FV different than all other Small Guards
– Fatherhood Fred
– The Bet On Yourself Podcast
– Drake court side stories
https://t.co/KDs1fxGp3N 🎟🏀 pic.twitter.com/fRrJDbMbpf

“I’ve been working every day for the past six years on my craft,” VanVleet said in the interview.

VanVleet has always been an easy player for Raptors fans to root for — listed at 6’1″ but likely an inch or two shorter, an undrafted free agent out of Wichita State back in 2016 has become one of the greatest success stories in Toronto sports history. VanVleet then picked three reasons as the biggest drivers behind his success.

“If I had to characterize it myself, I would probably [point to my] basketball, IQ first and foremost,” VanVleet said. “I really study this shit. And I really have for a long time since I was a little kid.”

“[Second] would probably just be building up a skill to match the IQ,” VanVleet added.

But unsurprisingly, VanVleet said that one of the main driving forces behind his success is omnipresent confidence while playing.

VanVleet said his career arc, transitioning from a bench player to a key player on the 2019 NBA champion Raptors to a team leader, has been “like a movie.”

“It’s fun,” he said. “First and foremost, it’s fun. It’s a challenge every day. I think I’m just trying to appreciate it and just stay humble. These are the things that you dream of as a kid.”

Speaking of kids, VanVleet also said his two children — daughter Sanaa and son Fred Jr. — have been adept to the rigors of their dad playing in the NBA.

“They got my schedule down,” VanVleet said. “‘Daddy, you gotta go on the airplane and go to the game. You gotta go to practice.'”