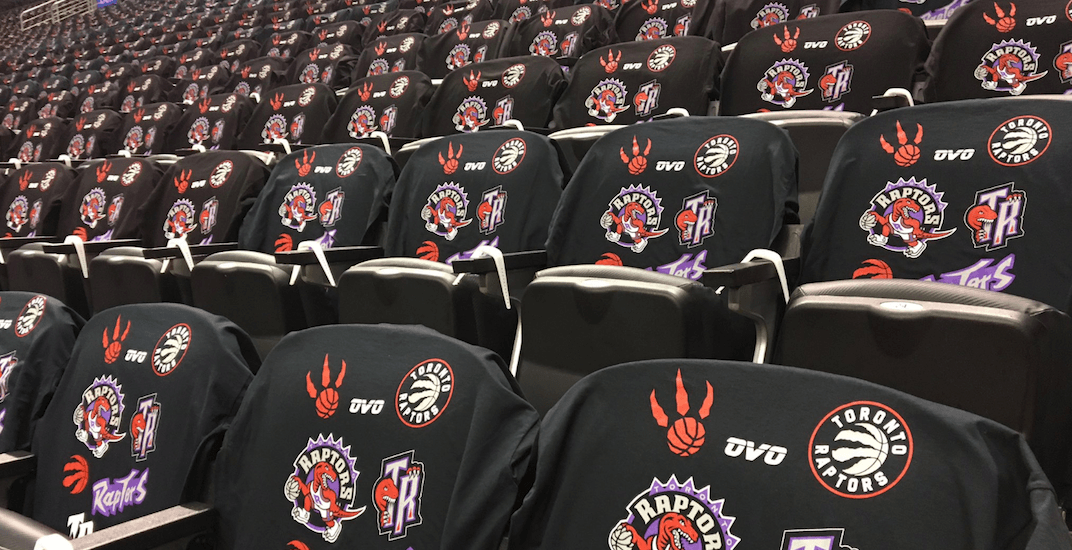 So as the Kawhi Leonard edition of the Raptors prepares for Game 1 of the NBA Finals on home court tonight, the team has something special planned for fans.

The cartoon dinosaur straddling a basketball while biting it.

All eras of the Toronto Raptors are present for tonight’s t-shirt giveaway for fans attending Game 1 of the Finals at Scotiabank Arena.

If you’re going to drop thousands of dollars to see a basketball game, you deserve a cool shirt. Right?

The Toronto Raptors are in the NBA Finals. pic.twitter.com/HF1HC04rjy