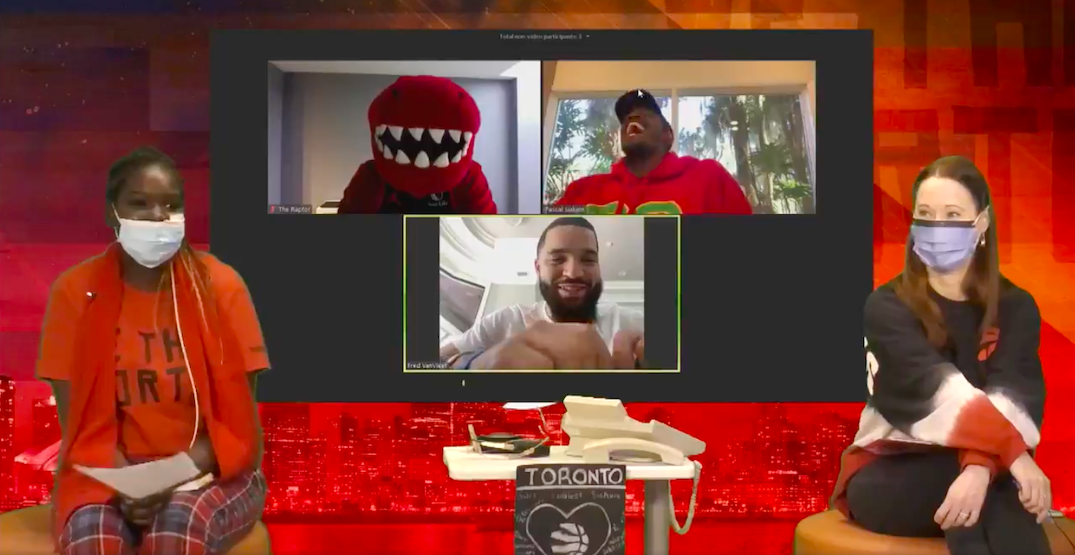 The Toronto Raptors had to get a bit creative to uphold an annual tradition.

The Raptors made their yearly visit to SickKids Hospital to visit patients, doing so virtually this season from Tampa, Florida.

Things may be a little different right now, but nothing was going to stop us from our annual team visit to @SickKidsNews.

We just had to get a little creative this year. @nbacares | #WeTheNorth pic.twitter.com/U5ms9S3kGc

The team was represented by Pascal Siakam, Fred VanVleet, and team mascot The Raptor.

Usually, players get to play games and do arts and crafts with the children. Instead, Siakam and VanVleet were asked various questions by the kids.

VanVleet joked that Siakam doesn’t work on defence but instead works on his shooting and spinning, which he is known to do. VanVleet also added that he thinks he would be a singer if he were not an NBA player.

As for Siakam’s favourite jersey, he said he liked the team’s black jersey, which happened to be the same one that the Raptor was wearing during the visit.

The team have been visiting SickKids for years which always brings joy and positivity to the kids and their parents.

The Raptors’ next game is tonight against the Orlando Magic. Tip-off is at 7 pm ET on Sportsnet.