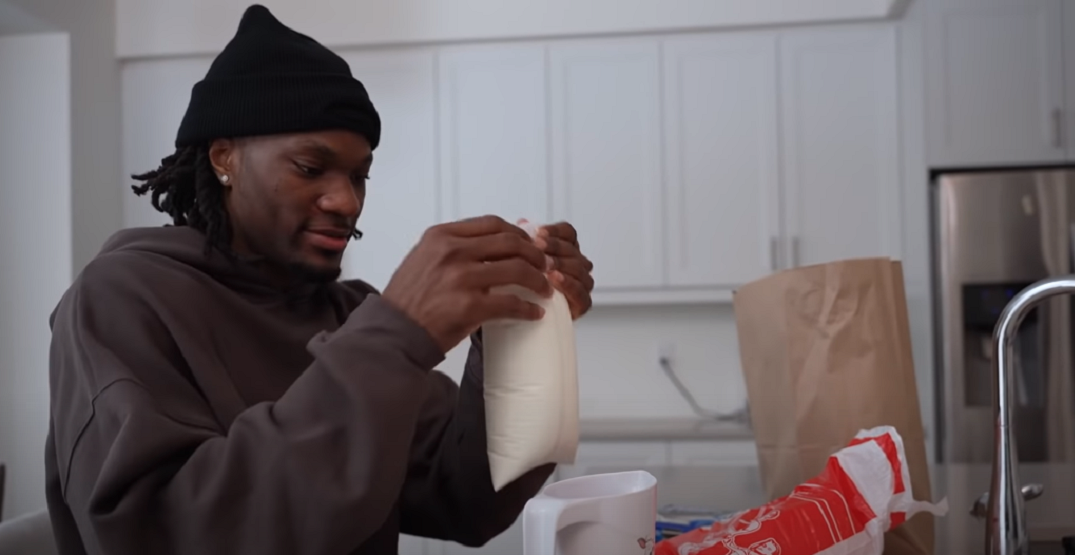 Toronto Raptors forward Precious Achiuwa has had plenty of new experiences in his first season with the team.

Now in his second year in the NBA after coming over to Toronto from Miami, Achiuwa has been thrust into a starting role in 17 of his 21 games so far.

Achiuwa’s journey from Nigeria to the NBA was documented on a recent episode of Open Gym, including chatting about his high school career at Monteverde Academy and college days at Memphis before being selected in the first round of the 2020 draft.

But a new challenge presented the 22-year-old on a recent shopping trip in Toronto: his first time trying bagged milk.

“This is it? No way,” Achiuwa said when first picking it up. “Why does it look like there’s two bags in one? There’s three? No way!”

Achiuwa was visibly excited to try it out.

“We’ve got some milk, we’ve got some Oreos,” he said while walking out of the Sobeys. “The milk in the bag, I’ve never had this.”

Though a few other countries worldwide offer bagged milk, it’s largely recognized as a Canadian invention.

Achiuwa also paid with cash, which he said was a first for him in Toronto.

But getting the bag is only half the battle. As anyone who’s dealt with bagged milk knows, there can be a bit of a struggle making sure the bag properly slides into the pitcher.

When told to jiggle the bag around a little and hit it against the table if needed, Achiuwa didn’t think the bag would be able to withstand the force.

Achiuwa eventually was able to get the bag inside of the pitcher.

But sealing up the larger bag was another first-time challenge for Achiuwa, who likened it to a bag of bread.

“It’s some type of rocket science,” he joked.

The full video put out by the Raptors on Precious Achiuwa is available here, with the bagged milk saga beginning at around 12:27.