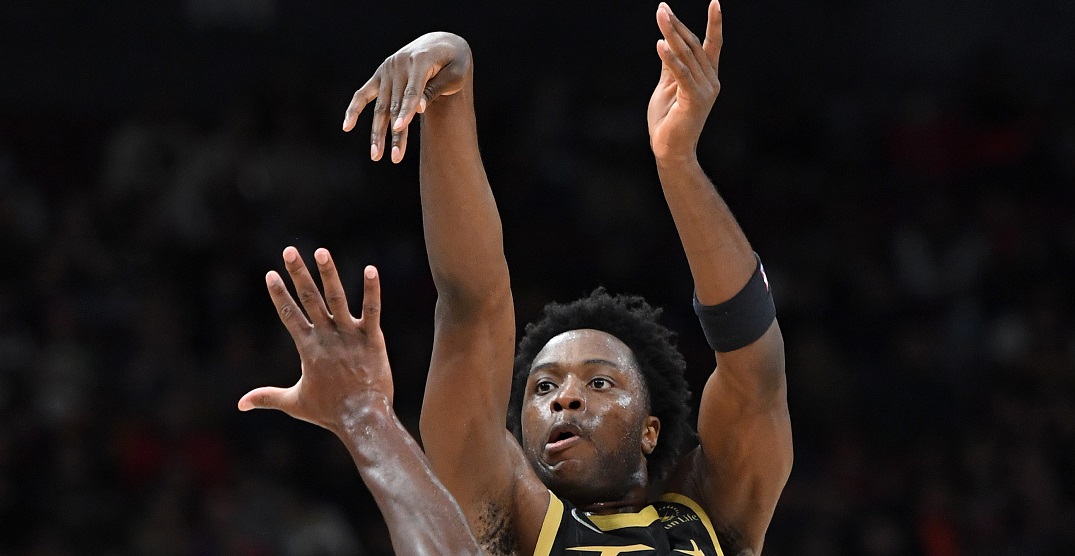 Per Nick Nurse via Sportsnet’s Michael Grange, OG Anunoby could be out for “a while” for the Raptors as he deals with a hip pointer injury.

OG Anunoby is out vs. Jazz tonight with hip pointer. Per Nurse it ‘could be a while’. Watanabe and Achiuwa also out. Boucher back.

It’s not exactly clear when Anunoby suffered the injury, as he played over 40 minutes in Monday’s loss to the Portland Trailblazers.

It’s also unclear exactly how long “a while” is in Nurse’s vocabulary.

We won’t pretend to be medical experts, but Twitter user boberto called our exactly what the standard response of a sports fan is when they see one of their players is dealing with an injury.

For everyone about to Google "Hip Pointer recovery time" let me save you the 30 seconds…1-3 weeks.

Anunoby hasn’t had much chance to rest this year, as his 560 minutes are first in the entire NBA. A consistent Raptors starter in each of the last three seasons, Anunoby’s been pushed into a new leadership role this season.

In 15 games this year, Anunoby is averaging 20.1 points, 5.4 rebounds and 2.7 assists per night. His points-per-game mark is the highest of his five-season career so far, as he leads the Raptors in scoring.