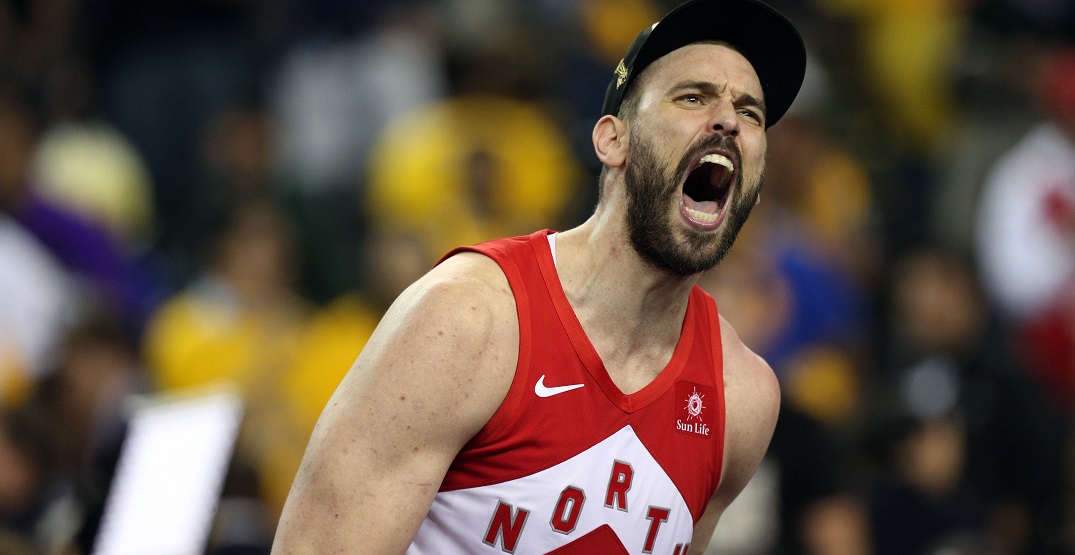 It looks like Marc Gasol is finally ready to play basketball again.

Amid rumours that the 36-year-old would be retiring from playing the sport, Eurohoops.com’s Johnny Askounis reports that the former Toronto Raptors, Memphis Grizzlies, and Los Angeles Lakers centre is “widely expected” to debut (again) for Spanish club Bàsquet Girona next month.

Gasol is set to officially announce his return to the court this Thursday, teasing the news on an Instagram story this week.

Askounis says that Gasol could make his debut as soon as December 3.

Gasol is also the co-owner and president of Girona. He co-founded the team in 2014. Gasol spent three seasons playing for an earlier Girona team, CB Girona, from 2006-2008. Bàsquet Girona currently plays in Liga LEB Oro, the second-highest pro league in Spain.

Gasol’s last NBA game came in the 2021 playoffs as a member of the Lakers.

Gasol, a three-time all-star, played 11 seasons for the Grizzlies before being shipped to Toronto in February 2019 for C.J. Miles, Jonas Valančiūnas, Delon Wright.

Gasol’s acquisition was widely celebrated as the final “missing piece” of  Toronto’s 2019 championship, and his antics at the team’s championship parade forever etched him in the hearts of Raptors fans.