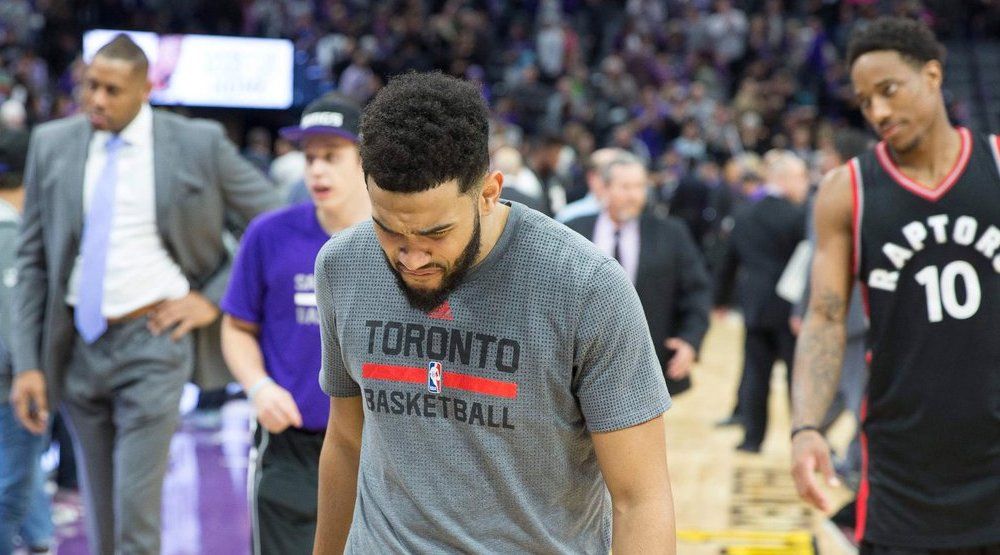 Winning in the NBA is hard. This past week the Cleveland Cavaliers lost to a New Orleans Pelicans team who were without Anthony Davis. Kyrie Irving had 49 points and LeBron James had a triple double in the loss, proving no win is guaranteed.

The Toronto Raptors are learning this lesson the hard way right now. No longer can they simply show up and expect to win.

Toronto’s current five-game losing streak is the Raptors’ first extended skid this season. But it’s the way they’ve been losing that would be most concerning for Raptors’ fans. They’ve lost to three teams with a .500 record. In three of their losses, the scoreboard flattered them.

Toronto had one of the best offences in NBA history this season, but during this skid it’s been pretty underwhelming. They scored 78 points against the Hornets and only got over 100 twice.

Defence should be a major concern for the Toronto brass right now. In the past 11 games, opponents have scored over 100 points in 10 of them. They haven’t been able to guard the other team’s best player either, with Marc Gasol, James Harden, and Eric Bledsoe each scoring 40 or more points on them.

The Raptors have become the hunted rather than the hunter in recent years and teams are pumped to go against them. They’re not catching anyone by surprise anymore. 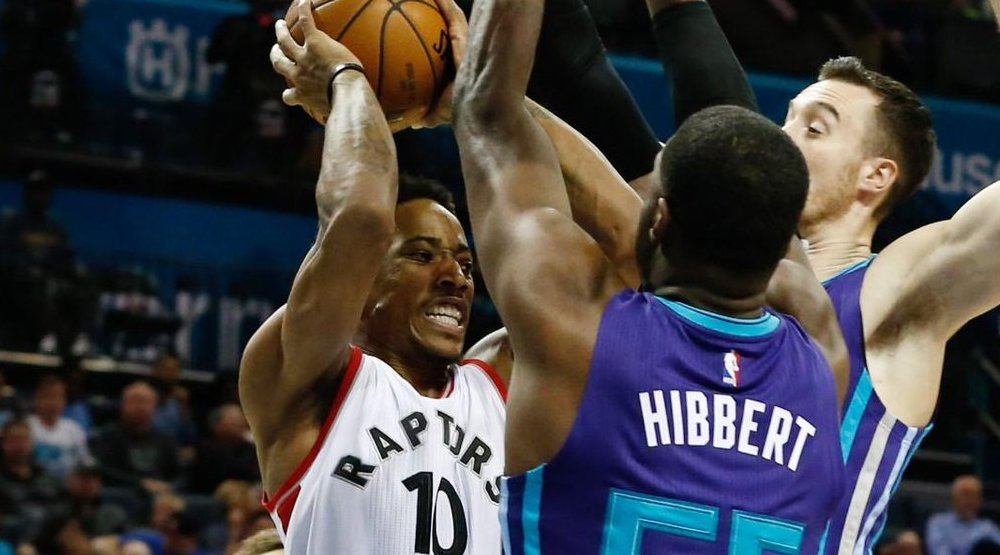 They have had some injuries in this recent slide but it’s up to their depth players to step up.

Norman Powell, DeMarre Carroll and Jared Sullinger are the players who will be the most relied upon. Powell has been getting big minutes in the last few games but it is hard to perform at a high level getting nonfluctuating minutes. He played over 30 minutes with DeMar DeRozan out of the lineup. The UCLA product averages 15 minutes a game.

Carroll’s defence has to be better while Sullinger will need to defend the other team’s post players and be a force on the boards. Cory Joseph will have to keep playing well so they can limit Kyle Lowry’s minutes. A worn down Lowry is something no Raptor fan wants to see.

The next 11 games leading up to the All-Star break will be massive for Toronto. It will truly test if they can beat non-playoff teams. The combined record of those teams are 225-281. It will be a good chance for them to get on a winning streak and distance themselves from the Boston Celtics. Boston is only a half-game back now and playing well.

Securing second place in the East will be huge for Toronto. Look no further than the Raptors needing two Game 7 wins at home last year in the playoffs for proof. A do-or-die game in someone else’s barn is something that would be cause for panic.

Despite this recent stretch, there is no reason to panic about Toronto’s losing streak. Every team goes through bad stretches, loses games, and performs poorly. Based on recent history, there is every reason to believe the Raptors will snap out of it.