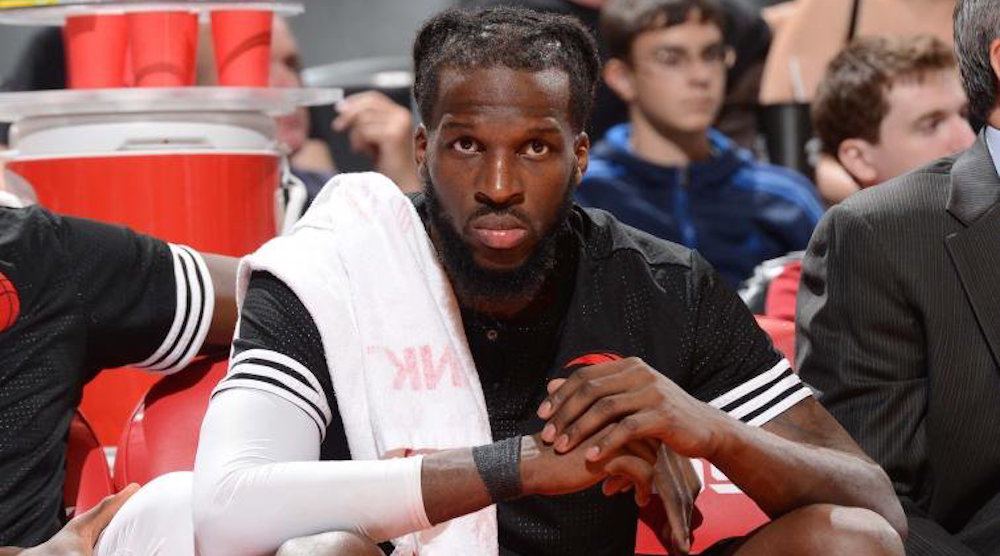 As general manager of the Toronto Raptors, everything that Masai Ujiri touches usually turns into gold.

He turned John Salmons into Lou Williams and Lucas “Bebe” Nogueira in 2014. Williams won sixth man of the year and got a song named after him. Nogueira has been getting minutes with the Raptors and has untapped potential.

In 2015 he traded Greivis Vasquez for Norman Powell and a future first round pick. Vasquez isn’t in the NBA anymore and Powell was a breakout star in the playoffs for the Raps last year. The UCLA product has been playing good minutes with the Raptors and is in their future plans.

But one possible misstep that Ujiri has made was the signing of DeMarre Carroll.

Carroll was brought in to be the Raptors’ “Lebron stopper.” He was the physical wing that could try and lockdown the King. Ujiri signed Carroll to a four-year, $58 million deal.

Big contracts mean big expectations and the 30-year-old Carroll hasn’t lived up to them. He’s been crippled with injuries. Out of a potential 125 games, he’s played 54. In those games, he’s averaged 10.5 points a game while shooting 38% from deep. In short, the Missouri product has been consistently inconsistent.

In last year’s postseason, he showed that he simply couldn’t guard LeBron James. The three-time NBA champ was just way too physical in the post and dominated him almost every offensive possession. When the Raptors tried to send help, James would find an open shooter to give the Raps even more headaches.

Carroll’s inability to play back-to-backs hurts Toronto as well. It causes different lineup combinations and that makes it very hard to develop chemistry. He obviously makes the team better but consistently having to say “just wait till Carroll is healthy”, wears thin on a fan-base.

Toronto has to make a move and you have to think Carroll will pop up in those conversations, although it might be hard to make a case for a player who will play maybe 75% of games and is average offensively. He’s also clearly not the defensive player he used to be.

Missteps happen as a GM but the Carroll signing could be a big one for Ujiri. He’s locked up for two more years and it’s going to be very hard to move the forward. Carroll was supposed to be the guy that the Raptors are tying to trade for now.

If they want a Paul Millsap from the Atlanta Hawks, as has been rumoured, they’ll have to give up assets. Ujiri doesn’t make panic moves but a trade will be needed for the Raptors to have a shot at dethroning the Cleveland Cavaliers.

Toronto is coming off two of their worst losses of the season in Philadelphia and Charlotte and are looking tired. As of right now, they’re stuck with the Carroll and Uijri should make a move sooner rather than later.