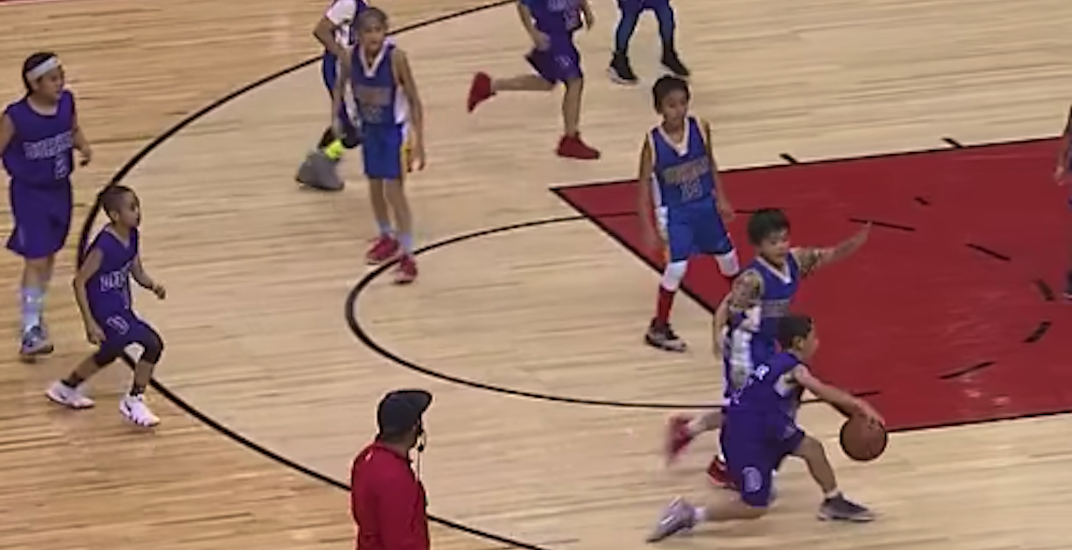 They came for Kawhi, but they stayed for the kid.

Fans saw the Toronto Raptors lose their first game at home this season on Monday, 126-110 to the New Orleans Pelicans, though not everyone left Scotiabank Arena completely disappointed.

That’s because they witnessed this kid, who impressed everyone during the children’s game at halftime, featuring young players from the Filipino Basketball Association of the GTA:

The youngster wowed the crowd with ankle-breaking crossovers, dribbling between his legs, before draining a long range jump shot. He looked like he had done it a thousand times before.

These Filipino kids are balling it up at halftime!! #raptors pic.twitter.com/1LuByUUue8

The play was so impressive that it made TSN’s nightly highlight reel and the Raptors shared it on their social media channels.