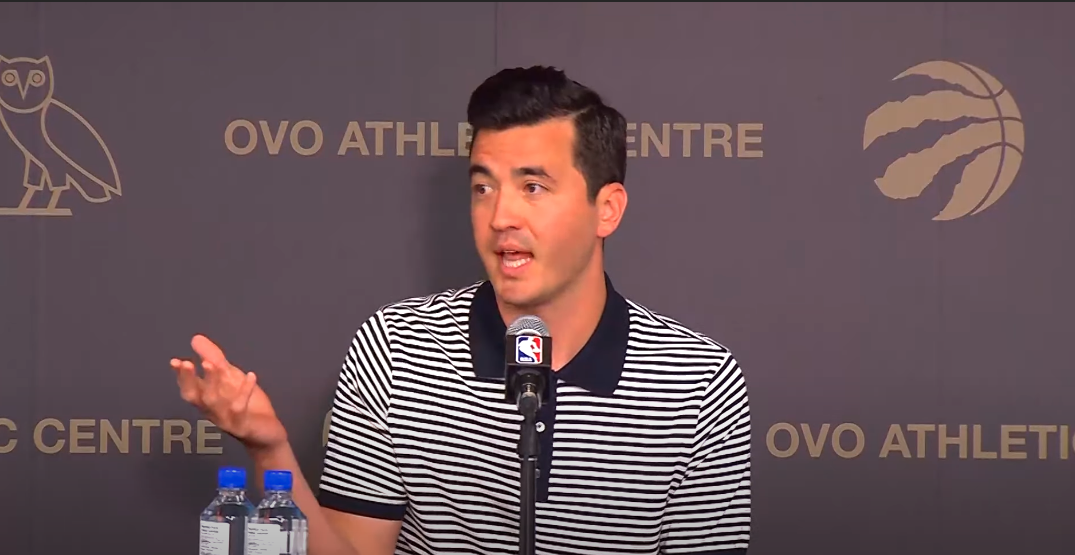 The Toronto Raptors, along with the 29 other teams, are two days out from a potentially franchise-altering NBA Draft.

But it’s admittedly a different vibe in Toronto than last year, where they selected future NBA Rookie of the Year Scottie Barnes with the fourth-overall pick. The Raptors hold just one selection in Thursday’s draft, picking 33rd overall with the third pick of the second round.

Raptors general manager Bobby Webster spoke today about his expectations for the NBA draft and how the process has been going for his team.

“Thinking back to Scottie [Barnes], we started [scouting him when he was 16],” Webster said. “[You go talk to] people in their high school, coaches, players they played against. And so that amount of time is takes a long time to do that. So you want to probably do that for you know, 10 to 12 [draft prospects] you can’t do it for all 60 [players who will be selected]. But yeah, you dig as deep as you can.”

Since the Raptors’ season ended on April 28 in a first-round loss, there’s been an obvious focus in the front office on what to do with the team’s lone pick in this year’s drafted.

Asked about whether the workload can be overwhelming when there’s so much time between the end of the season and the draft, Webster spoke about the “unlimited” potential of landing a future star, even with a later pick.

Asked Bobby Webster about the workload of the draft ever being overwhelming:

“It’s the one area of roster-building where the potential is unlimited.”
Added the value of landing an All-Star later in the draft is “immeasurable.” pic.twitter.com/b9uzadPp7i

“There’s probably some debates where there’s too much [time spent on the draft] but I do think it is one area of roster building where, you know, the potential is unlimited. So I think that’s why so much time is spent on the draft,” Webster said in response to a question asked by Daily Hive. “I think that’s why people spend so much time because if you can get you know, a really good player in the second round, that becomes an All-Star, the value there is basically immeasurable.”

Webster said the Raptors have been in discussions with about “20-25” guys of the 72 players they worked out in the pre-draft process, through 12 different six-man workouts.

“I think about 20 of the 60 in the draft become real players,” Webster said. “So that’s kind of where that number comes from.”

The draft is set for 8 pm ET/5 pm PT on Thursday, and will be broadcast on Sportsnet and TSN.