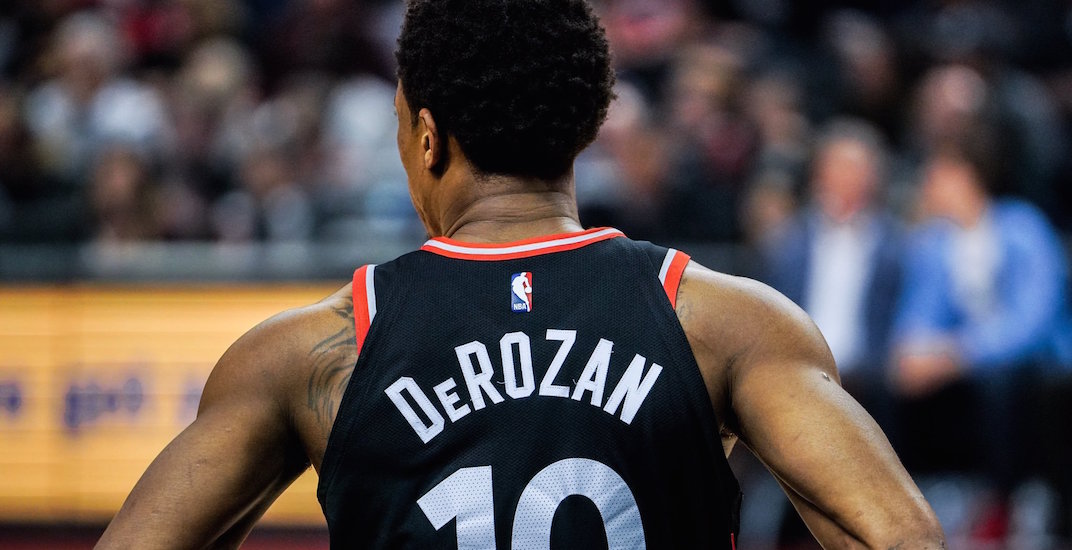 A cryptic Instagram post in the wee hours of Tuesday morning have some Raptors fans concerned about the team’s best player.

At approximately 3 am ET, DeRozan sent out an Insta-story with the words “Dark days, darker nights…” in small white letters on a black background. 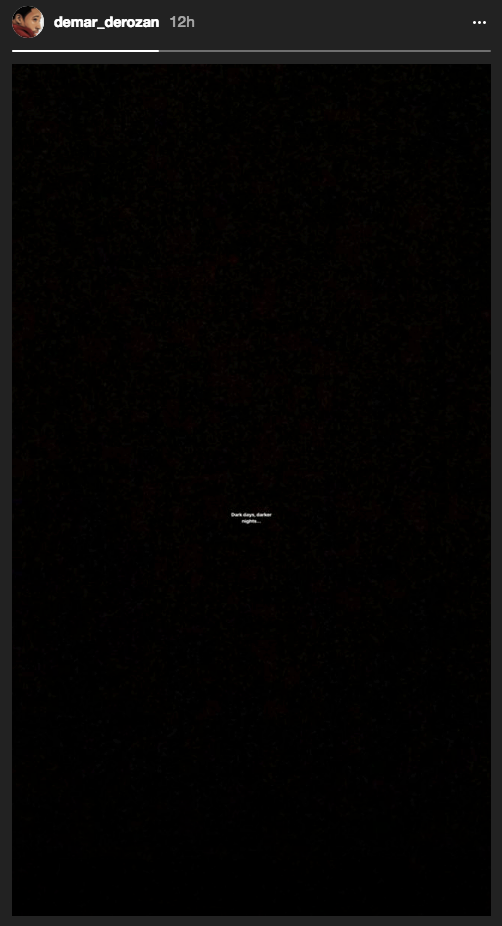 While the meaning behind the post is unclear, many fans were concerned, particularly given how open the player has been with his battle with depression.

“Dark days, darker nights” is also the title of a 2014 song by Tedasshii.

Being able to talk about mental wellness openly has had such an impact on me. Know that it’s OK to ask for help, and never be ashamed of wanting to be a better you.https://t.co/gt1qgNOISq

“It’s not nothing I’m against or ashamed of,” DeRozan said regarding his battle with depression back in February. “Now, at my age, I understand how many people go through it. Even if it’s just somebody can look at it like, ‘He goes through it and he’s still out there being successful and doing this,’ I’m OK with that.”

While fans are still angry at the way the season ended, many of them expressed their concern and support for DeRozan on Reddit.

“We got your back DeMar,” wrote another.

DeRozan has been the subject of trade rumours since the Raptors were embarrassed in a four-game sweep at the hands of the Cleveland Cavaliers.