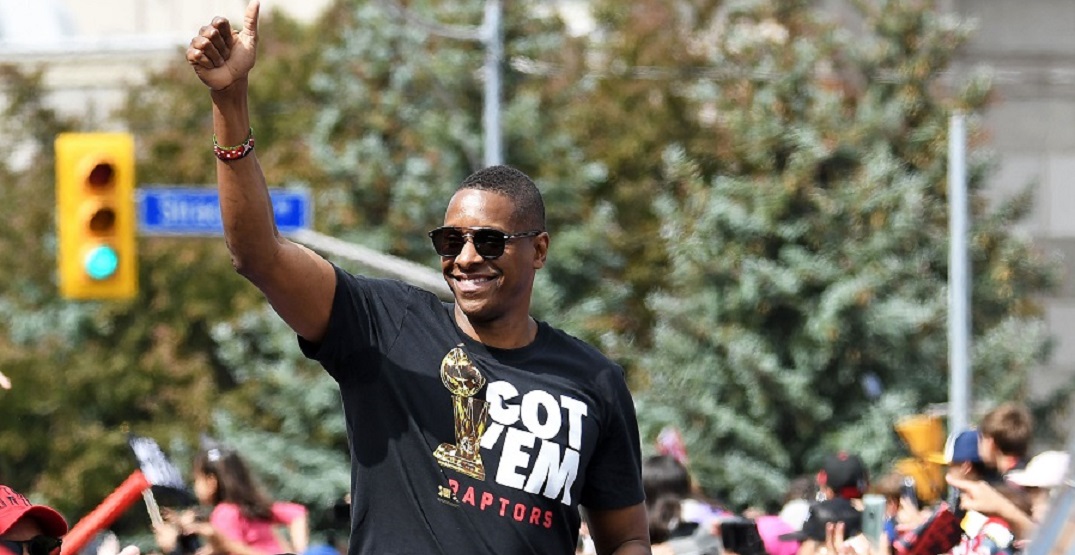 Toronto sports fans can’t always agree on many things, but there’s one thing just about everyone is united on — their admiration for Raptors’ president Masai Ujiri.

So when a recent report showed that one executive in particular was doing his best to oust Ujiri from the Raptors’ brass, fans were not pleased.

Toronto Star writers Christine Dobby and Doug Smith published a story on Monday highlighting Ujiri’s treatment from Rogers Communications executive Ed Rogers, who sits on the MLSE Board of Directors.

Born in England but having grown up in Nigeria, Ujiri’s ascent to the top of the professional basketball world has been well-documented, with stops in Orlando and Denver before being named Raptors general manager in 2013.

Ujiri’s resume as the Raptors’ executive speaks for itself: seven playoff appearances in eight years, five division titles, and of course, an NBA championship in 2019.

There was some uncertainty as to whether Ujiri would be returning to the Raptors this past offseason, with no clear answers on what his contract situation looked like.

Eventually re-signing on deal of an undisclosed amount, he’s since shifted titles to Vice Chairman and President of Basketball Operations, Ujiri’s remained one of the most well-respected executives in professional sport during his time in Toronto.

The Star reported that Rogers called Ujiri “arrogant” and said a summer conference was one of the “worst meetings” that the CEO had experienced, adding that Rogers felt Ujiri was “overpaid.”

The article also notes that Rogers wasn’t a fan of Ujiri travelling with “bodyguards,” who were actually his driver and videographer for a charity project.

Raptors fans weren’t having any of it, backing Ujiri against Rogers’ claims.

Imagine not wanting to keep the best exec in the NBA https://t.co/4DmtGHFm51

Going after Masai is one of the easiest ways to make yourself the most hated man in Toronto of not Canada. Seems like someone dumb enough to do that probably shouldn’t be in charge of Rogers https://t.co/SK7hhShNmw

this is a masai ujiri appreciation tweet. nobody has represented the city/country/basketball better — full stop. pic.twitter.com/sYHLTNGAEE

Many on Twitter drew lines to the popular HBO Drama “Succession,” as Rogers had inherited his roles in the company through his late father and former Toronto Blue Jays owner, Ted Rogers.

Ed Rogers has seemingly been in the midst of a power struggle within his own company, with his sister Martha saying on Twitter Sunday he’s “destroying” the company.

The audacity of this privileged white man born into money to call Masai Ujiri overpaid, the joke writes itself

Others were quick to bring up Rogers’ photograph from this past May with former US President Donald Trump at Trump’s Florida Mar-a-Lago resort.

I’m thinking about all the $$$ I’ve given Rogers in the past decade and how they are so cheap and didn’t want to sign Masai and it’s pissing me off.

@RogersHelps @MarthaLRogers
You don’t mess with my Raptors. Especially not Masai. Strongly considering taking my cell phone to a different company.

And yes, you can bet that Raptors fans will be showing their support in person when they host the Chicago Bulls tonight.