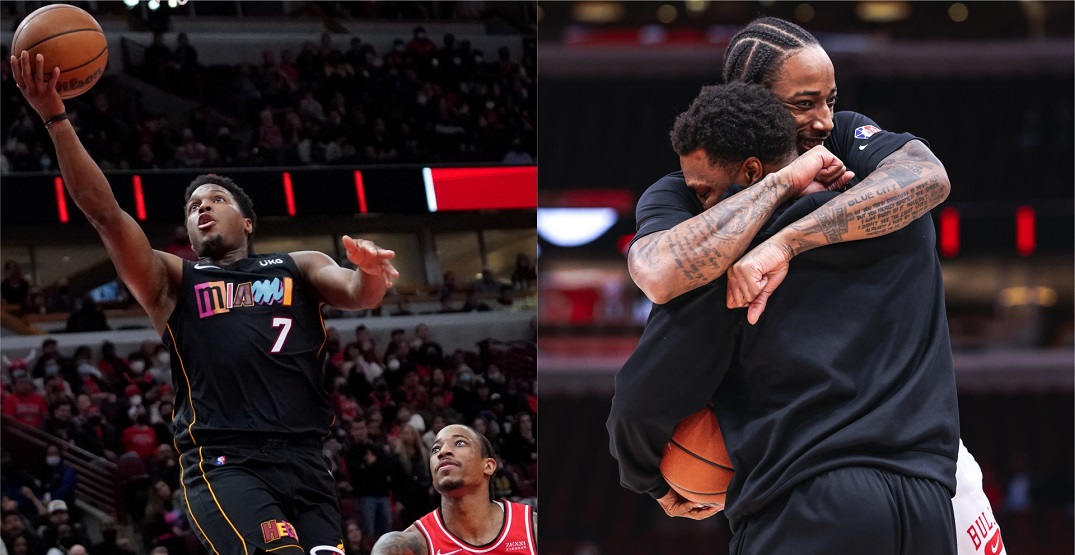 If you looked up “unbreakable bond” in the dictionary, you’d probably find a picture of Kyle Lowry and DeMar DeRozan.

Having spent six seasons together as teammates on the Toronto Raptors, the two formed a well-documented bromance as part of the team’s backcourt.

Lowry’s Miami Heat and DeRozan’s Chicago Bulls met up on Saturday night, the first time the two had ever played against each other without one of them being on the Raptors.

And even though they’ve now both since moved on from Toronto, the pair of friends are as close as ever.

Lowry said he and DeRozan talk every day.

“We really don’t talk too much about basketball,” DeRozan added. “We talk about games, but stuff to do with us personally, we rarely talk about it, to be honest with you.”

Lowry said he’s happy for DeRozan, who’s been thriving in Chicago since coming over in a sign-and-trade this summer.

“He’s in a great place,” Lowry said. “He’s leading these young guys, you show these guys how to, you know, win and close out games, and he’s kind of showing the world that he still is really, really talented at basketball,”

Lowry got the better of his friend on Saturday, as his Heat picked up a 107-104 win.

“I’m always happy to see his success… but I’m always even happier when we beat him,” Lowry said.