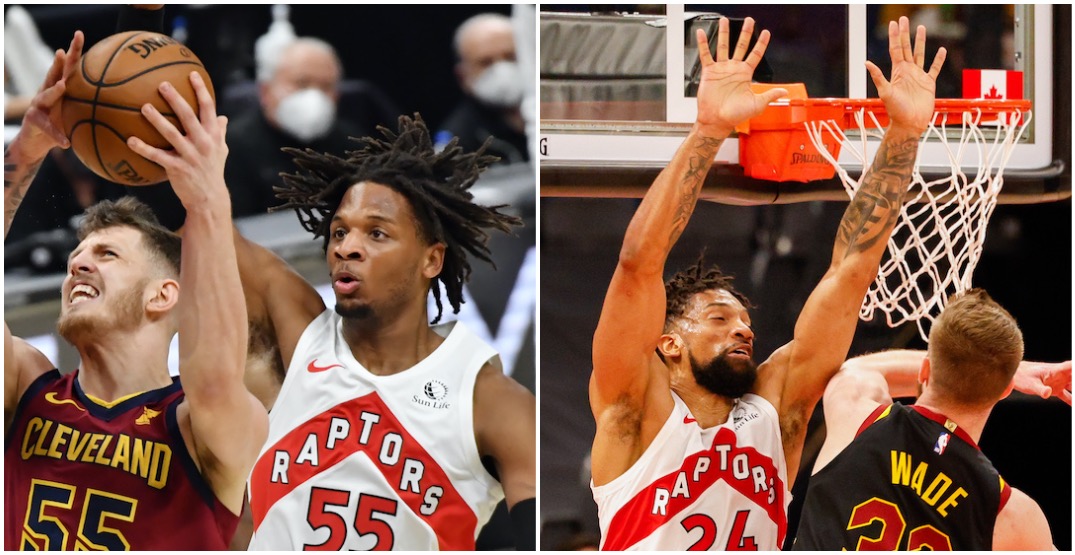 The Toronto Raptors have been inconsistent defensively this season, and that’s putting it lightly. However, with the recent additions of Khem Birch and Freddie Gillespie, the team defence is back to its championship level.

When the Raptors won the NBA championship in 2019, their defensive rating was fifth (106.8) during the regular season. Moving forward to this season, starting from the arrival of both Birch and Gillespie on April 11, the team defensive rating is now fifth again (107.7). That is up from their 14th-ranked defensive rating (111.4) for the entire season.

“I think it is just fun to have bigs,” Raptors assistant coach Adrian Griffin said last week. “The last time we really had bigs was when we had [Marc Gasol] and [Serge Ibaka], so having these two guys out there, as a defensive minded coach, I’m licking my chops.”

With the rotating platoon of players who have staffed the centre position this season, including Aron Baynes and Alex Len, Gillespie and Birch have become a stabilizing force that is helping the team defensively.

Gillespie has averaged 17.6 minutes over the past five games, including an outstanding five-block performance against the Nets. Meanwhile, during the Raptors 112-96 victory over the Cleveland Cavaliers, Birch put up 14 points, two steals and two blocks.

“I just think that [Birch] is doing a little bit of everything,” head coach Nick Nurse said, following Monday’s win versus Cleveland. “He’s running, he’s rebounding, he’s blocking a couple of shots here and there, screening and rolling, and tonight he was finishing.”

The solid defence they have provided has given more confidence to veteran players like Kyle Lowry, who has developed excellent chemistry with Birch in particular.

“Trying to get him paid,” Lowry said with a smile. “I mean, that’s what I try to do, is try to get my teammates paid and help us win games and make sure everyone around me is successful.”

“I think [Birch is] a talented kid and he’s in an opportunity where he can be successful, so why not try to make him be successful.”

Both Gillespie and Birch both deserve to earn more time with the Raptors for the rest of this season as Toronto pushes for the play-in tournament.