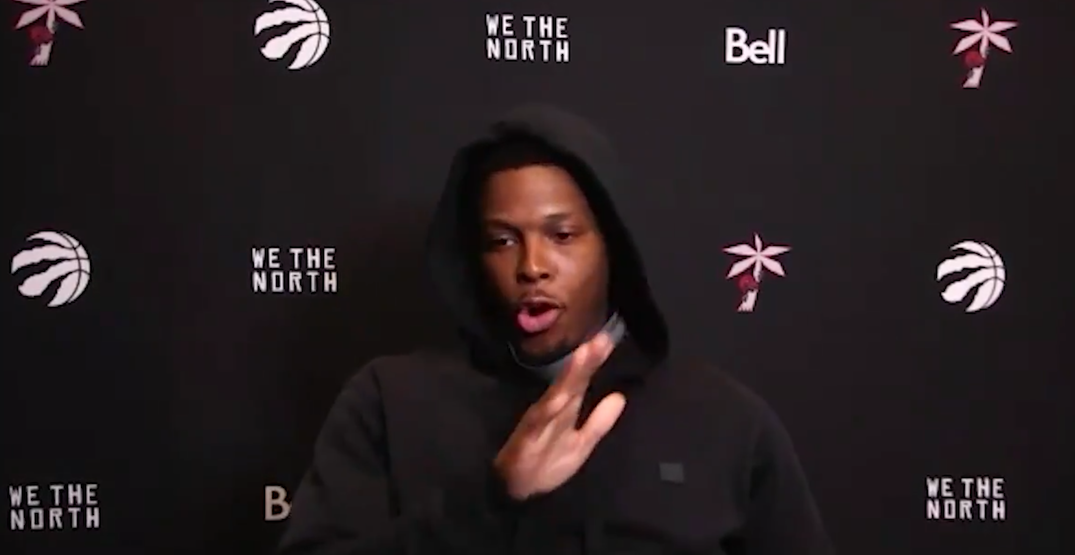 Soon, you’ll be able to call him Dr. Lowry.

Toronto Raptors point guard Kyle Lowry joked that he will only go by “Doctor Lowry” when he receives his honorary doctorate from Acadia University as part of their 2021 class.

The 35-year-old will be one of seven people receiving an honorary doctorate from the university in Wolfville, Nova Scotia.

That's Dr. Lowry for those asking

“It ain’t official yet, but when it’s official, you’ll only say that as my name. Just so you know, I will not respond to anything other than Dr. Lowry,” Lowry joked after the Raptors 114-103 win against the Brooklyn Nets on Wednesday.

Acadia said it is honouring Lowry for his role in rallying Canadians during the Raptors’ run to the 2019 NBA championship and founding the Lowry Love Foundation with his wife, Ayahna Cornish-Lowry. The foundation is aimed to help the lives of underprivileged and disadvantaged families in Philadelphia and Toronto.

“Acadia’s honorary degree recipients are excellent role models for our graduates. Each one is a distinguished individual who has made a significant impact in their community,” Acadia’s President and Vice-Chancellor, Dr Peter Ricketts, said in a statement.

“By recognizing their outstanding achievements with honorary degrees, we acknowledge them for their many contributions to society. Like them, we know our graduates will take their place in the world and make a difference.”

When asked what kind of doctor Lowry will be, he chuckled and responded “a doctor of greatness.”

For those wondering what his doctorate will be in… 😂 https://t.co/R8GqwGzKes pic.twitter.com/QDi13eg9Nn

While he will become a doctor, even the Raptors legend says that he will only be the second best doctor in Philadelphia, behind the great ABA and NBA legend “The Doctor” Julius Erving who spent 11 seasons with the Philadelphia 76ers.