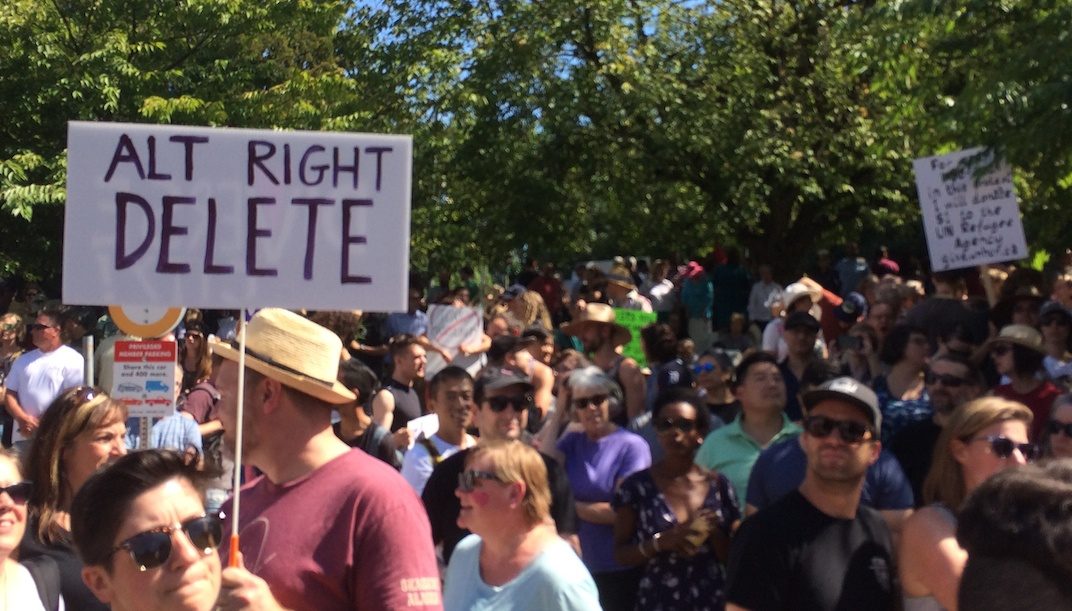 Just a few weeks after The Canadian Nationalist Front announced a rally in Toronto’s normally quiet Beaches neighbourhood, an opposing block party is being planned for the same day.

The Canadian Nationalist Front said it was planning an Anti-Trudeau rally at Kew Beach Park on November 4, according to a now-deleted Tweet from its leader Kevin Gourdeau.

Gourdeau describes his group as a “nationalist organization that would like to see proper immigration reforms, stopping the flow of third world immigrants and would like to see the return to Canada’s original ethnic demographics.”

And now, Solidarity Against Fascism Everywhere (SAFE) and East Enders Against Racism (EEAR) have organized a Block Party at Kew Gardens in response.

“Neo-Nazi organizers have threatened to show up in Kew Gardens Park in the Beaches on Saturday, November 4th,” wrote the organizers. “Come join us in the park for a block party to fill the space with some community instead. We’ll have some great speakers, some chants, some music, and some food.”

Last month, Gourdeau’s group organized an anti-immigration rally in Peterborough, Ontario. The event brought out hundreds of protestors, who clashed with event organizers, and several people were arrested at the time. Gourdeau himself did not attend that event, and since he’s deleted his Toronto beaches rally tweet, it’s unclear if he will be at the event on Saturday.

When: Saturday, November 4 at noon