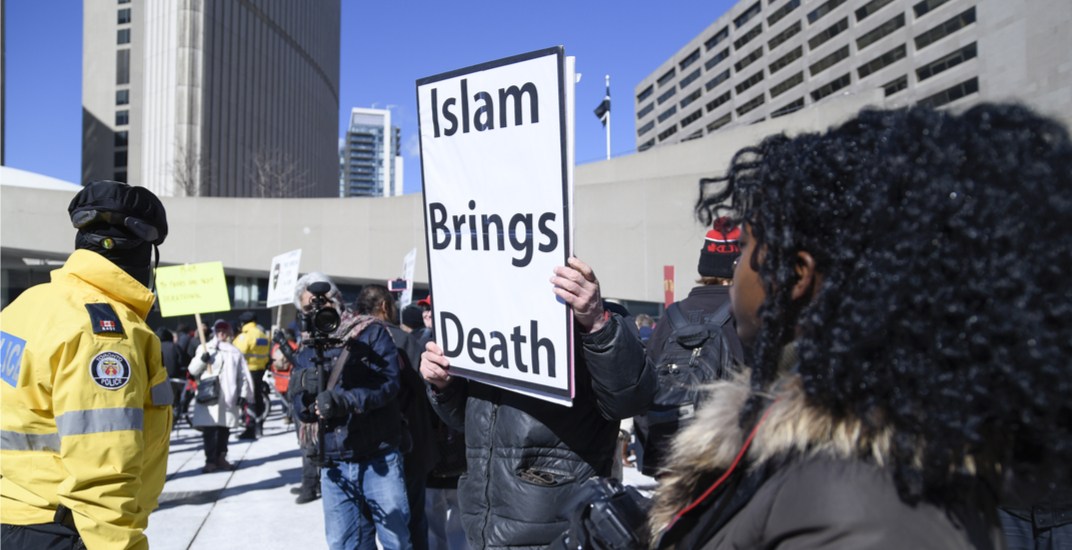 The group, lead by its chairman Kevin Goudreau, describes itself as a “nationalist organization that would like to see proper immigration reforms, stopping the flow of third world immigrants and would like to see the return to Canada’s original ethnic demographics.”

It’s planning an Anti-Trudeau rally at Kew Beach Park on November 4, according to a Tweet from Gourdeau.

The Tweet embeds a video, which has a masked man describing the planned event with profanity. The man, who speaks in a dark room, says, “I think you should all come out, let’s have some fun.”

Just a few short weeks ago, the same group organized an anti-immigration rally in Peterborough, Ontario. The event brought out hundreds of protestors, who clashed with event organizers, and several people were arrested at the time.

But the Nationalist group called their September event a success.

“We showed Canadians that over a dozen Nationalist, Patriot and Right Wing organizations could work together in solidarity across the country to rally and protest against Trudeau’s Liberals, illegal immigration and the flood asylum seekers invading our country,” states their website.

We showed the world Canada is not a doormat,Illegal immigrants, Asylum seekers/rapefugees not welcome,our army will stop you at the border!

Beaches residents are hoping the November event doesn’t go through.

Neo-Nazis planning hate rally in Beach park in East Toronto. We need citizens and governments to stop it: https://t.co/FsfR04b8qZ #topoli

There is no place for this in our country.