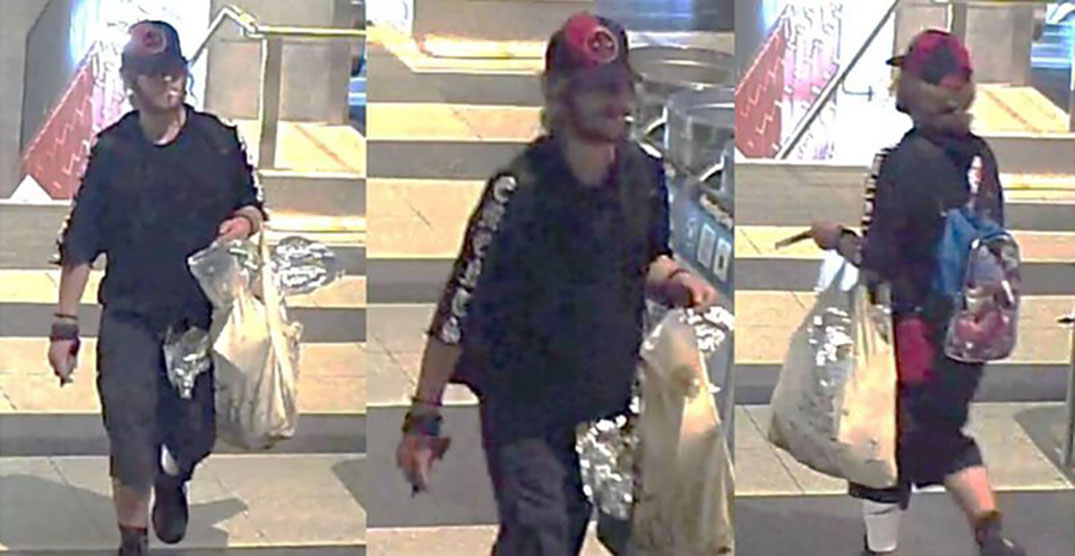 Toronto police are searching for a suspect who allegedly placed pieces of cardboard with racist messages on them around Finch West station this week.

The messages expressed hate toward the Black community, Const. David Hopkinson said in a news release.

Police were called to the station around 2:40 am on Thursday, July 11 about the issue. Officers are now investigating the crime as hate-motivated mischief.

Police describe the suspect as 28 to 25 years old with a full beard and long hair tied back. He was wearing a black hoodie, a Deadpool baseball hat, dark shorts, black boots, and had an Avengers backpack on at the time.

They’ve released security camera images of him in the hopes of identifying him.

Anyone who recognizes the man or who has information about what happened is asked to contact police at 416-808-3100 or submit an anonymous tip to CrimeStoppers.