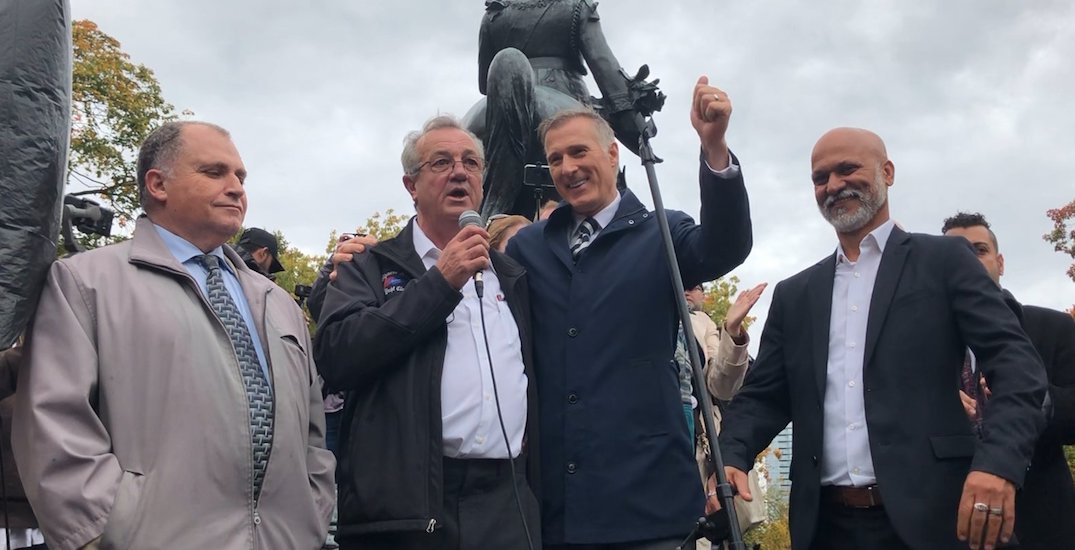 Randy Hillier, the independent MP, was joined alongside the People’s Party leader Maxime Bernier on October 21 after preaching against the provincial response to the ongoing pandemic.

The group, well over 25 people, were pictured surrounding the leaders, maskless.

Hillier shared a public call-out on his website on Tuesday, stating the current rules as “unjust” and emphasizing how he will not be protesting but would be gathering with “friends of freedom,” asking all to leave signs at home.

Thank you to all the great people that came out today to my social gathering at Queen’s Park. I would to see all your amazing videos and pictures from the event.

The MPP also challenged Premier Doug Ford to “throw the book” at him during Queen’s Park on Tuesday and to charge him under Ontario’s gathering limits — which prohibit gatherings of over 25 outside and more than 10 people inside.

“Never in our long history have we seen such abuse and violations of our constitution, our fundamental freedoms, and our rights,” said Hillier.

“If the Premier believes his laws are valid and not just scare tactics, he can throw the book at me tomorrow. Have Toronto By law, Toronto Police come and charge me as the host and the organizer. the law must be tested in our courts, but I have the doubt he has the courage to defend.”

Ford responded to the gathering during his daily announcements, stating that whoever wants to protest, is able to do so.

“Well we live in a democracy, and I’ve told people ‘You want to protest? Come down to Queen’s Park,’ they’re welcome to protest. What I do ask is not to be violent and I hear there was a little bit of violence out there today and that’s unacceptable,” said Premier Doug Ford to reporters at Queen’s Park.

“If they want to go out there and do cartwheels, jump up and down, hold signs up, shout and scream, that’s fine. Violence is where we cross the line and we won’t tolerate that for a second. If you’re violent with the security folks here, or Toronto police or OPP, it’s not going to end well for you.”

Both Bernier and Hillier were seen greeting attendees and shaking hands.