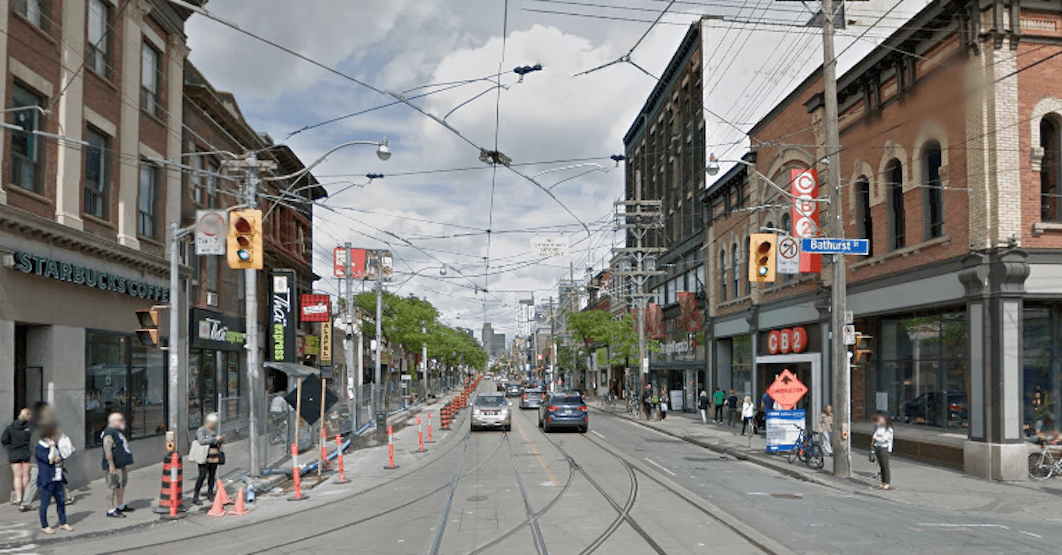 A portion of Queen Street will be down to one lane in each direction starting June 19.

From Bathurst to Spadina, Queen Street is expected to be under construction until early September. It’s undergoing streetcaping and reconstruction of sidewalks.

According to the City of Toronto, work will start on the north side of Queen at Bathurst and move eastward to Spadina.

The construction on Queen will be completed before the start of the Toronto International Film Festival (TIFF) this September, but some streetscaping improvements will continue until November.

The streetscaping improvements will include two parkettes just off Queen Street, on Dennison Avenue and Ryerson Avenue, as well as new tree plantings, street lighting and public art.

Work on these projects will take place from 7 a.m. to 5 p.m. Monday to Friday, with some work occurring after regular business hours and on weekends to shorten the duration of the project and help minimize disruption to the public, according to the City.

Pedestrian access, as well as access to businesses and residences, will be maintained at all times, and cyclists are advised to adjust their routes and use Adelaide Street or Richmond Street to avoid this work zone.

The 501/301 Queen streetcars were removed earlier this year and bus service is now operating along Queen Street. Streetcars will resume normal service along this portion of Queen Street in the fall.