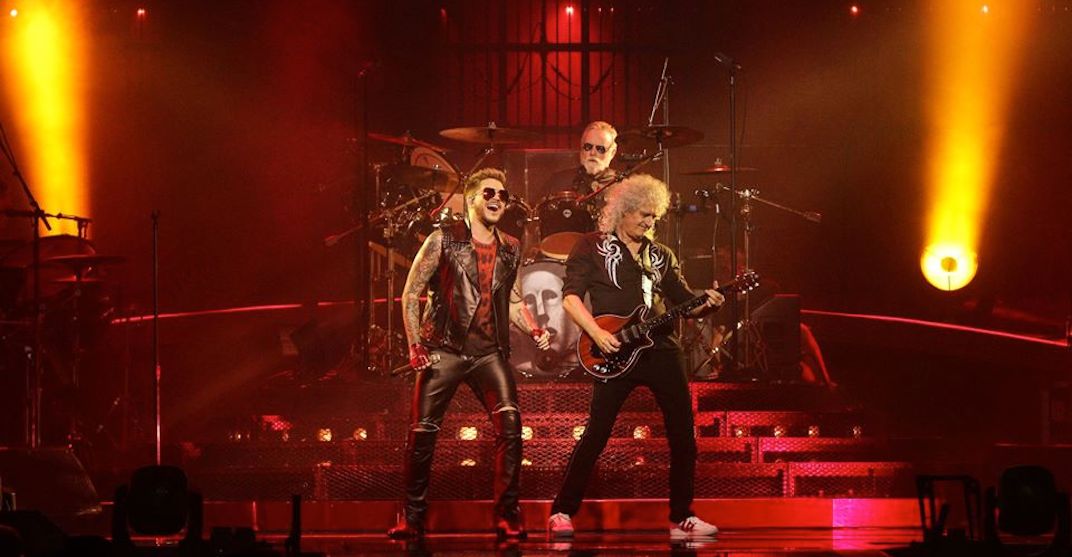 Hot off the heels of the very successful Bohemian Rhapsody — which is set to become the biggest grossing music biopic of all time — the iconic band has announced it’s heading on an epic tour with Adam Lambert.

The British rockers and the American singer are back together for a revamped Rhapsody tour that will feature a brand new larger-than-life production.

The 23-date arena and stadium tour will take over the Scotiabank Arena on Sunday, July 28.

The six-week, North American tour will kick off in Vancouver on July 10 and will see Brian May, Roger Taylor, and Adam Lambert perform in arenas across the US and Canada.

“Queen + Adam Lambert’s Rhapsody tour will, once again for them, expand the parameters of what a live music experience can be. This new show promises to be their most spectacular yet, an innovative and interactive celebration of the continued power of Queen’s music,” said Stufish Entertainment Architects’ set designer Ric Lipson,

Tickets for the Rhapsody tour go on sale to the general public starting Friday, December 7 at LiveNation.com at 10 am local time.

Queen and Adam Lambert Fan Club Presales will run from 10 am local time through 10 pm local time on Thursday, December 6.