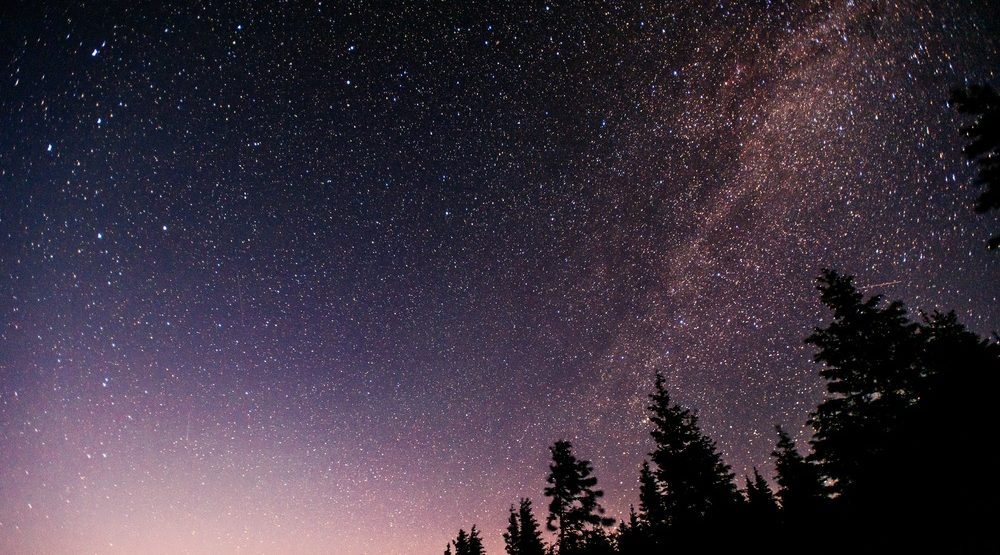 If you’re up late tonight, you might want to step outside.

The Quadrantid Meteor Shower is expected to peak over night tonight, and with the new moon’s dim light the viewing conditions will be favourable, according to Space.com.

#Quadrantid Meteor Shower, One of the Year’s Best, Is Peaking Now https://t.co/0ghKMqHMi0 pic.twitter.com/WLZiwKJ56D

When looking for the meteor shower, you will need to look for the constellation Bootes. According to Space, the easiest way to find it is to look north for the Big Dipper, then follow the “arc” of the Big Dipper’s handle across the sky to the red giant star Arcturus, which anchors the bottom of Bootes.

Even if catch the shower at an off-peak moment, the rates of about 25 meteors per hour are still expected. You won’t need binoculars, just find a dark sky and give your eyes about 20 to 30 minutes to adjust. 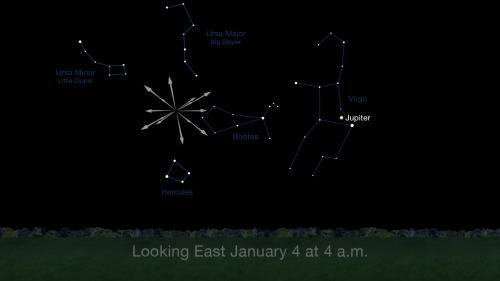 The Quadrantid meteor shower of 2017. This NASA sky-map shows where the shower will appear to radiate out from. (NASA/JPL-Caltech)

If you do head out tonight, in addition to the meteor shower, Venus and Mars should be more visible and neatly aligned with the moon this week, according to SkyNews.

A similar alignment took place a few weeks ago, and was captured by a Toronto photographer.

And if you’re worried about the fog, know that Environment Canada expects it to dissipate overnight – just in time for you to catch some meteors.