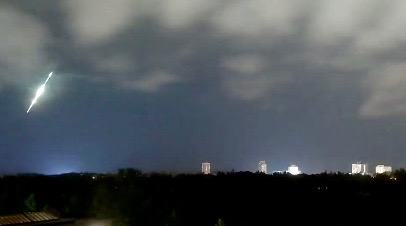 So ya, cue the Blue Jays jokes:

@UTSCObservatory I think that was the Edwin Encarnacion home run to send the Blue Jays to the ALDS.

.@NTWScottRosts my bad Scott, it wasnt a meteor..IT WAS EDWIN’S ROCKET SAILING OUT OF THE DOME #OurMoment

But it wasn’t all fun and games for everyone, as some people seemed genuinely concerned with the sudden light show:

In the end, however, it was just a cool natural phenomenon. Much, you might say, like Edwin’s 11th inning walk-off home run….

A timelapse showing the view from #UTSC during the last 40 minutes. pic.twitter.com/9gDPnlDwsD