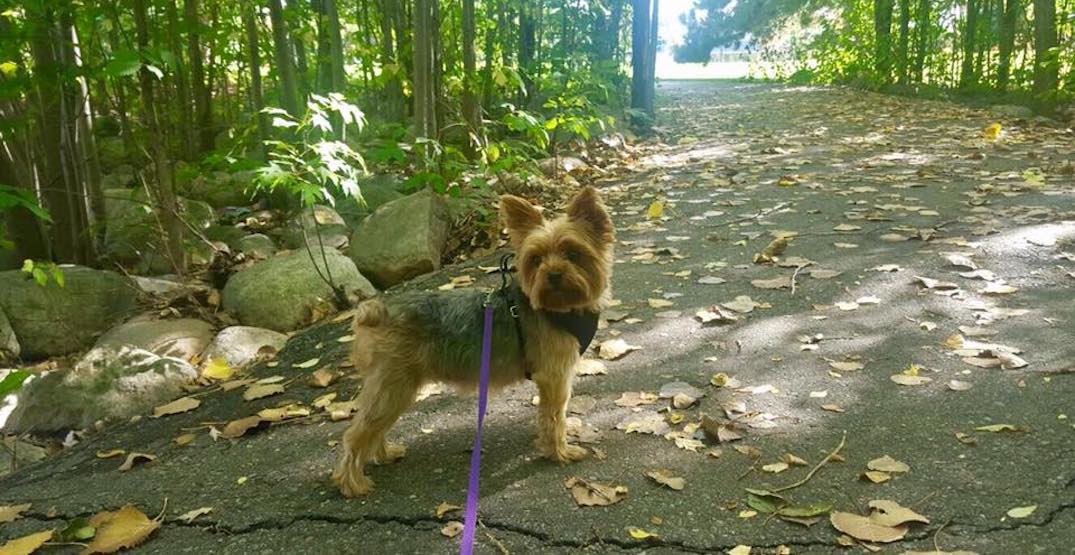 A stolen puppy has been reunited with her family in Toronto.

The Yorkshire Terrier was reportedly stolen on October 3 following a breaking and entering into a residential household in the Islington Avenue and The Westway area.

According to police, the homeowners returned and discovered their house had been broken into and ransacked. The family dog “Muffy” had been stolen, along with a number of personal belongings.

But the happy ending arrived on Monday, October 22, as police arrested and charged two individuals for the robbery.

Police say 38-year-old Vincent Okai of Toronto, and Latoya Taitt, 34, of Toronto, were charged with possession of property obtained by crime.

And Muffy is finally back with her family.

“Muffy is home and well. Back from the vet visit where she got a clean bill of health,” said her family. “So happy my baby is healthy and trying to move forward.”