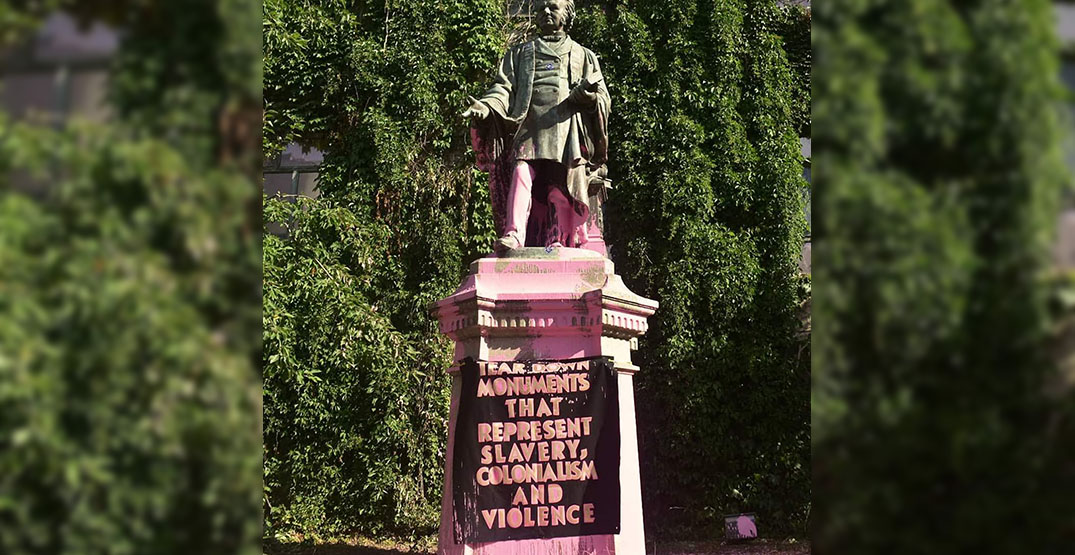 Demonstrators have been arrested outside of Queen’s Park in Toronto on Saturday, as police report that statues in the area outside the legislature were being vandalized.

According to the Toronto Police Service, several individuals were arrested after statues in the park were vandalized. An earlier tweet reported that protestors were “spray painting and throwing buckets of paint on property.”

PROTEST/DEMONSTRATION:
Queen’s Park Cres W + Wellesley St W
– several people have been arrested.
– officers continue to assist the crowd to carry out a peaceful protest.
– please be safe, respect each other and protest peacefully.
– no additional info #GO1333114
^ep2

Pictures posted to social media by Black Lives Matter Toronto show a statue of John A Macdonald covered in what appears to be pink paint, wearing a sign that reads, “Tear down monuments that represent slavery, colonialism, and violence.”

This follows the previous vandalism of another statue in the park near the end of June.

According to the Ontario Provincial Police (OPP), a memorial to fallen police officers, located near Queen’s Park in Toronto, was vandalized on Saturday, June 20.