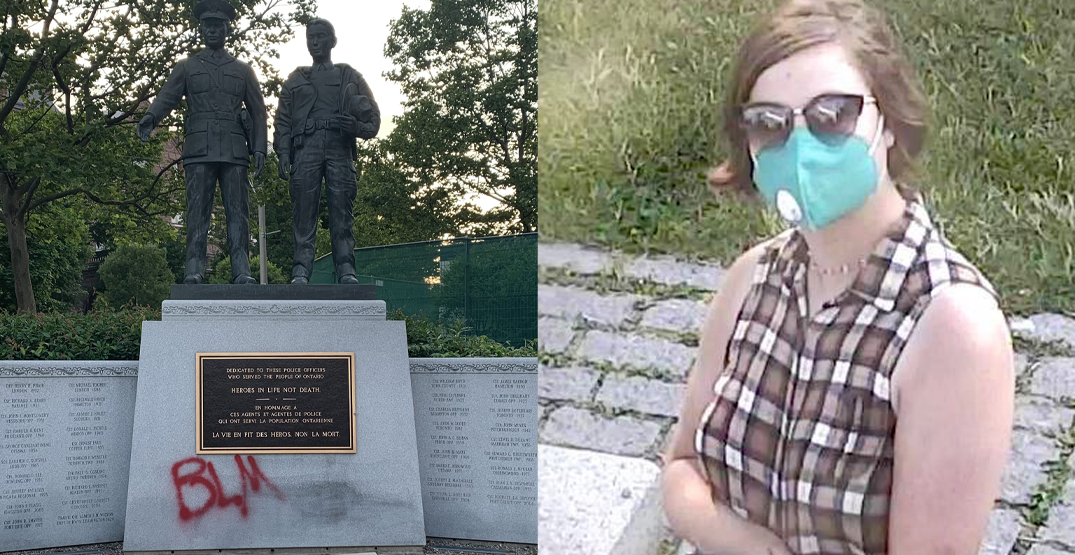 More photos of a person of interest allegedly connected to the vandalism of a monument dedicated to fallen police officers have been released.

According to the Ontario Provincial Police (OPP), the memorial, located near Queen’s Park in Toronto, was vandalized on Saturday, July 20, at around 7:40 pm.

Initally, only one photo was released of the person of interest, though police have now released several higher quality photos in hopes that the public will assist in identifying her. 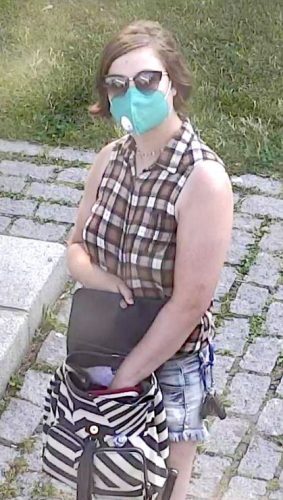