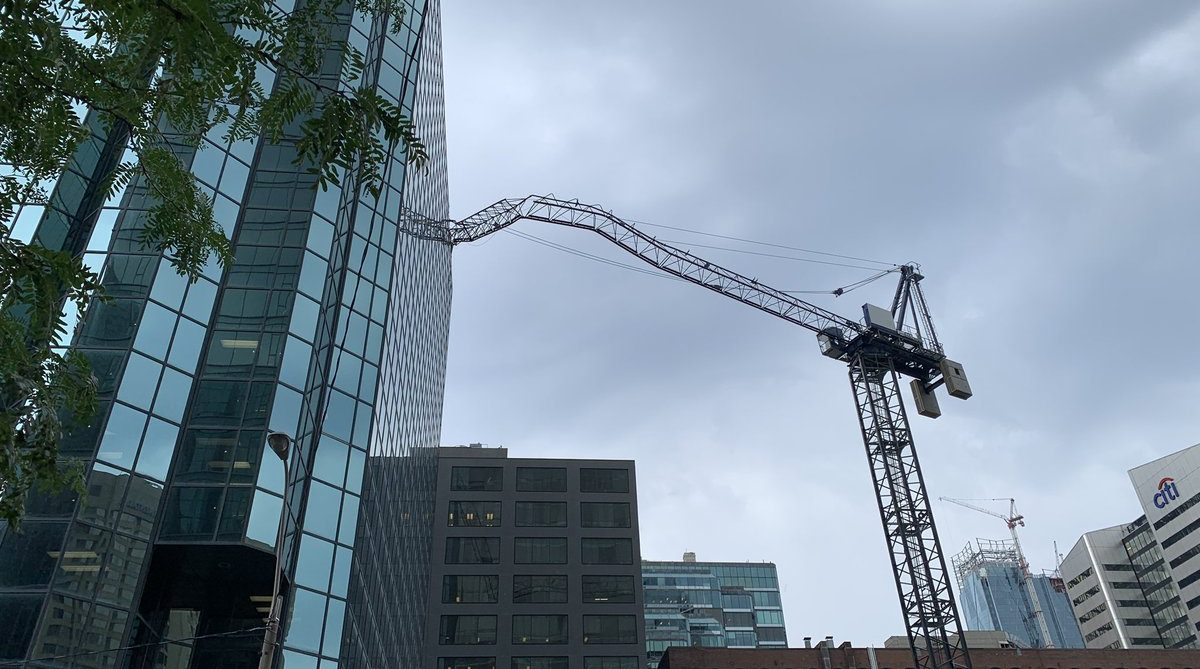 Toronto Fire Crews, alongside Toronto Medics and Toronto Police Operations, are responding to a crane collapse on Wellington Street.

According to Toronto’s Fire Chief and General Manager of Emergency Management, Matthew Pegg, crews have been working on securing broken sections of the building that a crane crashed into. They are also “taking precautions” in the event that the crane collapses further.

@Toronto_Fire crews are working on securing the broken sections of the tower crane and taking precautions in the event that the crane collapses further. Buildings evacuated and the area is closed. No reported injuries on scene. Operations ongoing. @TorontoMedics @TPSOperations pic.twitter.com/8FOBbZcFGt

A few Toronto buildings have been evacuated including 40 University, 145 Wellington Street West and 144 and 146 Front Street West.

No injuries have been reported on the scene.

A mobile crane attended to the scene and initial estimates from hoisting engineers have concluded that the completion of operations will require twelve hours or longer. 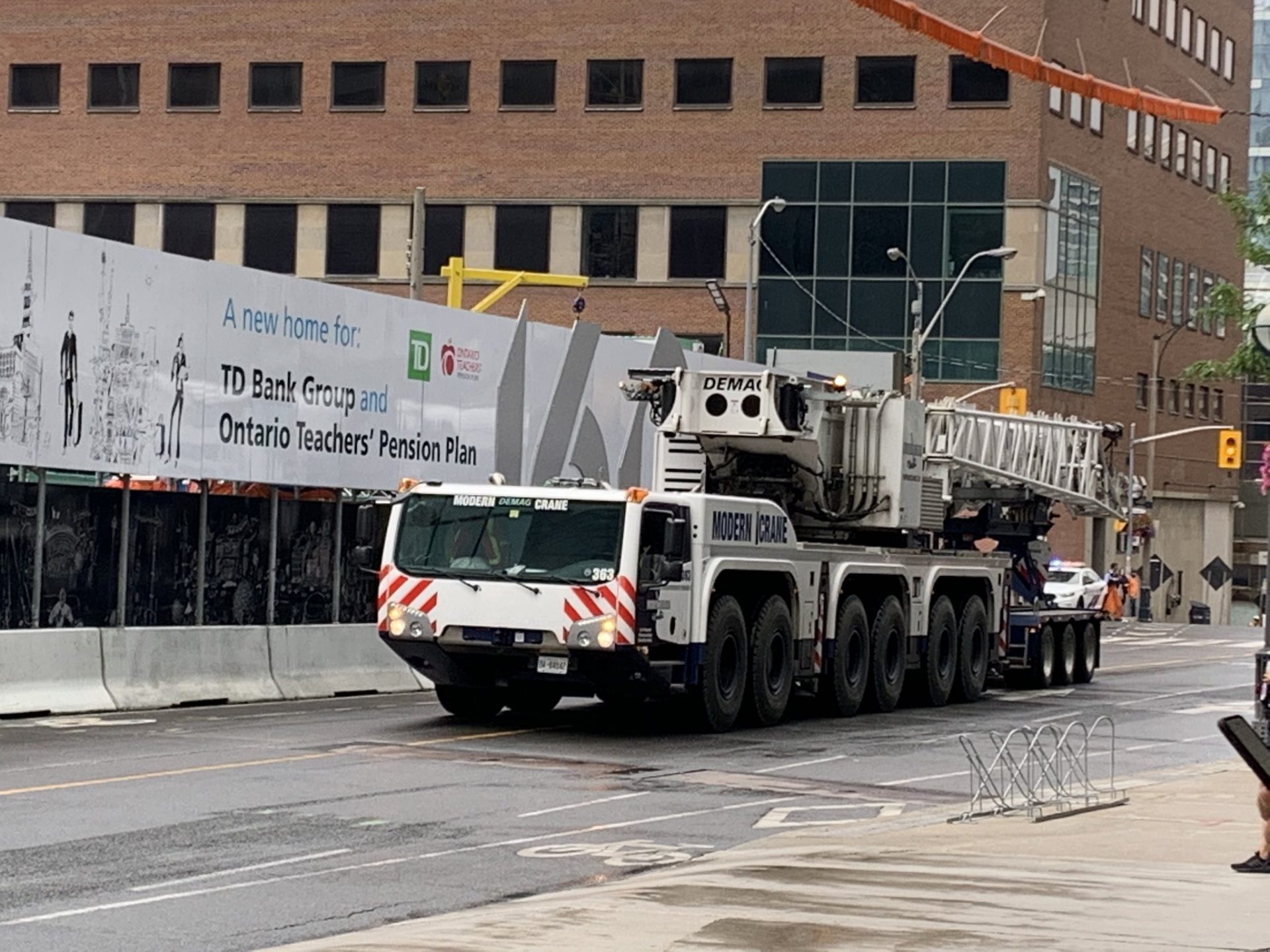