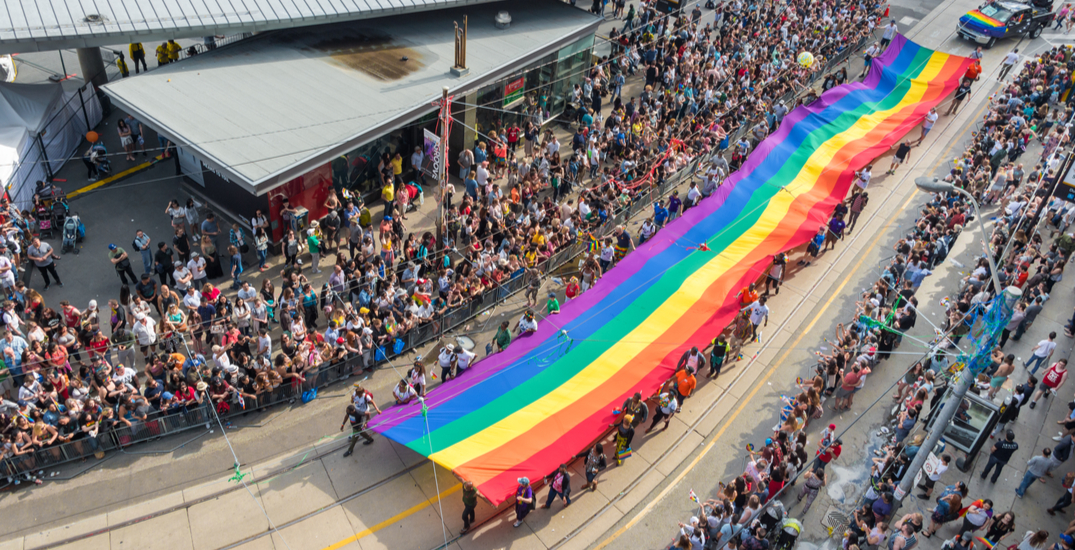 Toronto Pride has announced that they are planning for a physical Pride parade next year after pausing the event for two years due to COVID-19.

The month of Pride will kick off on June 1 and the annual festival weekend will be held on June 24, 25 and 26.

The organization said that the events will feature all of the favourites, including the Trans March, Dyke March, Blockorama by Blackness Yes, Pride Parade and more than 300 2SLGBTQ+ artists.

There will also be the annual flag raising on June 1 at Toronto’s City Hall, a Cabana Pool Party with Symone on June 15, and an Island Party on June 19. More events will be announced in 2022.

In an effort to make the Pride Parade more green, there will be no flatbed floats or gas-powered vehicles in the 2022 event.

“Pride Toronto has a special responsibility to promote environmental sustainability in the face of the increasingly dire threat of climate change,” Grant Gonzales and Yuri Hernandez, Co-Chairs, Board of Directors, said in a press release. “We are greatly appreciative of the 2SLGBTQ+ community, stakeholders, and partners for accommodating this important shift, and we are beyond excited to celebrate the 2022 Pride Festival together in person.”