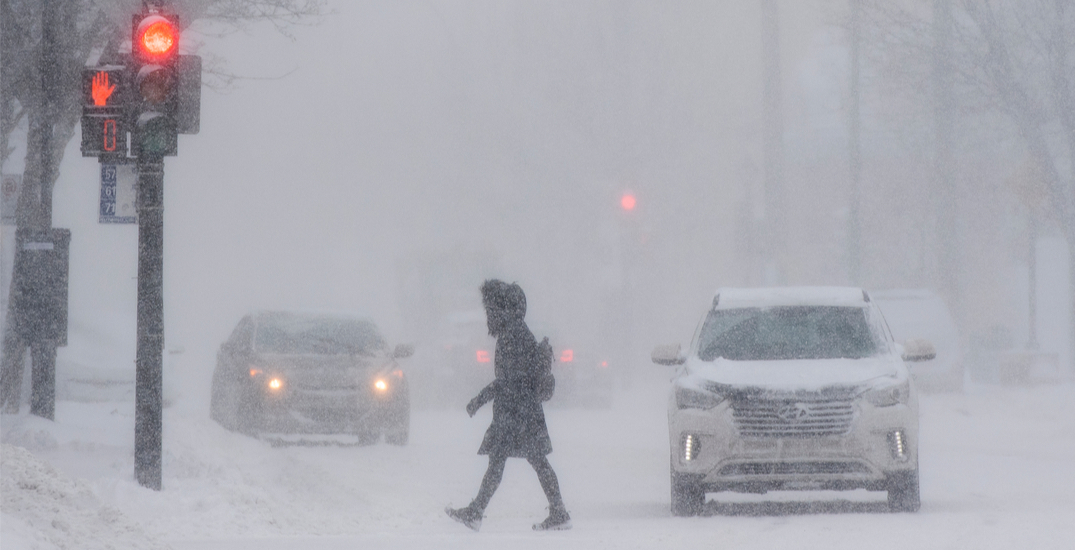 After a hefty dump of snow last week, parts of the Prairies are set to be walloped by another spring snowstorm. They can’t catch a break this April!

Practically half the province of Manitoba is under a special weather statement issued by Environment Canada, along with portions of southeastern Saskatchewan.

What’s causing all the snow?

Environment Canada says another Colorado Low is set to move through the Dakotas this weekend and will bring a wintery mix of weather to the southern half of Manitoba from Friday morning through Monday.

Between 25 to 50 centimetres of heavy, wet snow is expected from southeastern Saskatchewan through the Manitoba Parklands and the Interlake.

According to The Weather Network, some isolated areas will see nearly 70 centimetres of snow.

Adding insult to injury, strong winds are expected with the storm, creating poor visibility in blowing snow. There will likely be areas of freezing rain as well.

The city of Winnipeg, home to nearly 750,000 people, the Red River Valley, and points east will see a mainly cold, rainy, and windy weekend; however, some snow and freezing rain are possible.

Environment Canada forecasts that the first shot of precipitation will move through early Friday as a band of snow turns to rain. There is a potential for freezing rain along the International border early in the day.

Ontario also needs to keep its eye on the system, as it’s expected to move into the province on Monday. Lingering flurries will remain for most of the province, but with no significant accumulations expected.

“Note that this weather system will also be affecting southeastern Saskatchewan, northwestern Ontario, and the bordering states,” Environment Canada adds. Phew, it sounds like this is going to be another mean spring snowstorm!