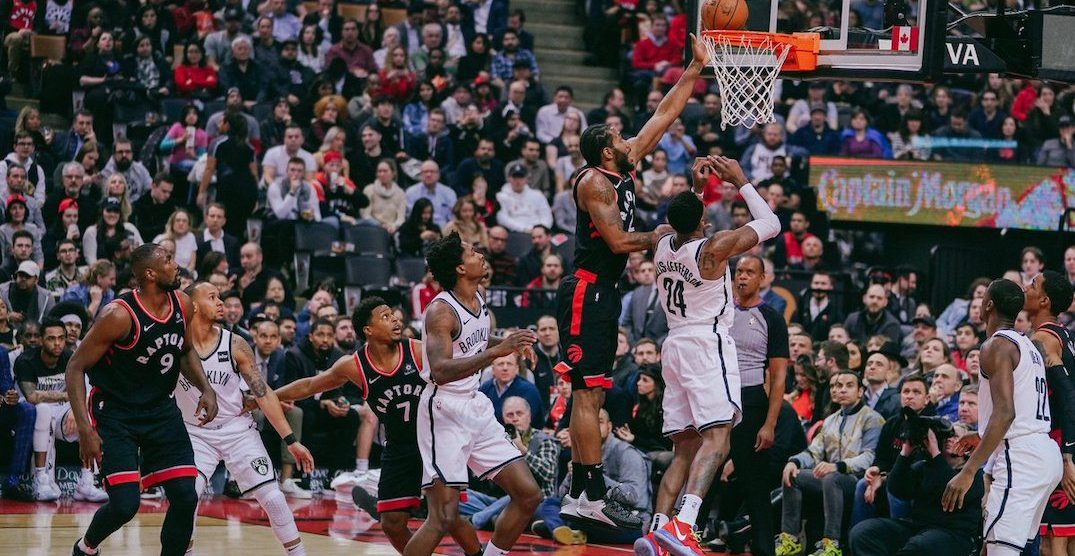 You may have heard of OVO nights at Raptors games, which are now called Welcome Toronto, and now, MLSE is focusing on one of its most powerful fan bases in the league.

This year, MLSE (Maple Leafs Sports & Entertainment) is introducing the Powered by Female Fans initiative, focused on the “amazing female fanbase” its teams have.

Whether it is the Toronto Raptors, Toronto Maple Leafs, or TFC, all teams have drawn female fans from all over the region.

There will be three games in March for each team focusing on the female fan base, and if you’re not already planning to be there, there’s a chance to win your way through.

To celebrate this new initiative, MLSE is looking for the biggest female fan of their teams.

Who is the biggest Raptors fan you know?

Share her story on the Raptors Mobile App for a chance to win a pair of tickets to the Powered By Female Fans game on Mar 5 @ScotiabankArena. #PoweredByFemaleFans

MLSE launched the #PoweredByFemaleFans contest, which runs through to February 25, and those interested in winning tickets to the Powered by Female fan games would need to enter through the Raptors App explaining why they’re the biggest female fan, or to nominate someone else.

Besides being among a lively female crowd, these will be some epic games to attend, especially coming so close to the end of regular season for the Leafs and the Raps.

This year’s Powered by Females games include:

On March 11, we’re celebrating our most passionate female fans. Share your story in the Maple Leafs app for the chance to win tickets to the Powered By Female Fans game.