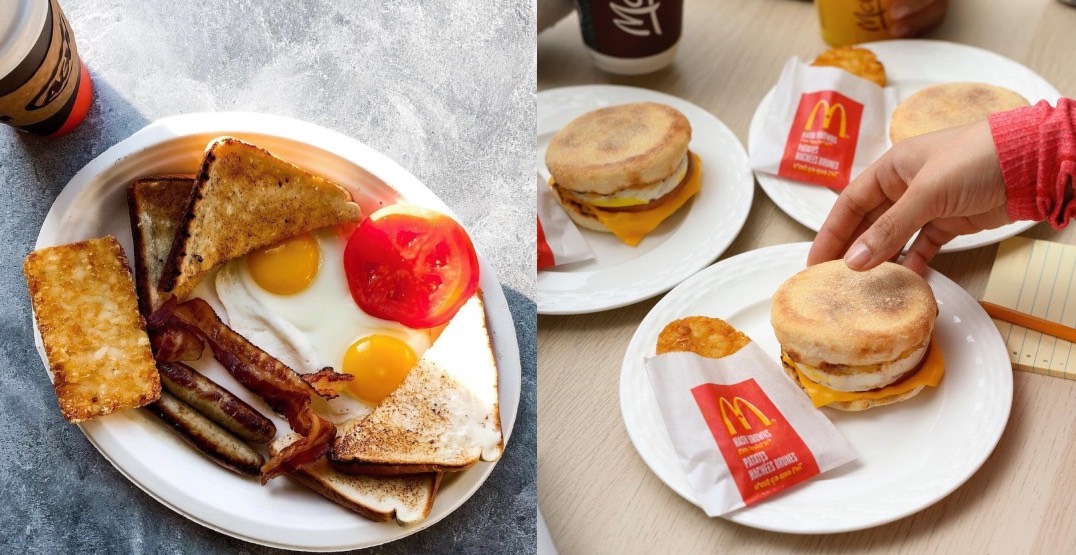 Remember when fast-food breakfast menus were only available in the morning?

Even though we all love breakfast menus, we’re definitely not fans of racing to the drive-thru, hoping to make it before 11 am.

Thankfully, those days are over.

Fast-food spots seem to have expanded their breakfast menus to last all day long and offer some of the most popular food items.

But not all breakfast menus are created equal.

Here are the most popular fast-food breakfast menus ranked from worst to best.

We love breakfast bread like English Muffins and bagels. We love fresh tomatoes, crispy bacon, and cracked eggs sizzling on a flattop. For all of those reasons, Subway gets last on our list. The egg sandwich sidekicks were lazily thought up, with below-average eggs and deli meat; it just doesn’t make sense ever to start your day here.

Okay, we admire the breakfast menu at Burger King… sort of. The chargrilled burger chain revamped its breakfast menu with a line of English Muffin sandwiches, French Toast Sticks, and the pièce de résistance, the Croissant’wich. Like everything at Burger King, it sounds good in theory, and we can see the effort; it’s just ultimately not very good.

Sorry Canada, the middle of the pack isn’t too bad. Right? Not including the Timbits, which are not breakfast items and shouldn’t be thought of as such, the food here just isn’t great.

The menu looks great, and it’s a big one with plenty to offer. It’s also one of the worst cases of “not like the photo.” There are egg muffin sandwiches, yogurt bowls, bagel sandwiches, and homestyle biscuits at Tim Hortons. That should be a home run, but they never pay off like you hope they will.

Except for the Harvest Farmer’s breakfast Wrap — that thing is great.

Some people have an issue with the A&W breakfast because they “don’t want hamburger buns in the morning,” and that’s understandable. It was weird when they did that, but those days are over. Now, it’s just a line of really well-made breakfast sandwiches on English Muffins, decent pancakes, and below-average wraps.

The aspect that makes A&W breakfasts so appealing is the flat top eggs in whatever style, real bacon that’s crispy, and a side of hash browns and toast.

This one conflicted us. We wanted so badly for other fast-food breakfast menus to be better. We had hoped that, like other fast food spots that now have better burgers, fries, and wraps, we also caught up in the breakfast game. They didn’t. McDonald’s has stuck to the basics, with the Egg McMuffin still the best in the game and wild classics, like the McGriddle.

It does still destroy most fast food spots. There’s only one less successful, less loved fast-food burger chain with a better breakfast menu…

Don’t knock this breakfast until you try it!

It’s not as good as Five Guys, Shake Shack, or even A&W, but it’s pretty good for a premium fast-food burger chain. The breakfast menu shines here, so much so in fact, it’s borderline becoming more known more than the morning menu.

Consider the standard bacon and egg sandwich here. It has a freshly cracked Canadian Grade A Egg served fried over medium, topped with American cheese and crispy maple bacon, and if that wasn’t enough, it’s done on a brioche bun.

There are other sandwiches, breakfast plates, and buttermilk pancakes as well.

The menu is simple here, but it’s doing everything the right way, and that’s why it tops our list.