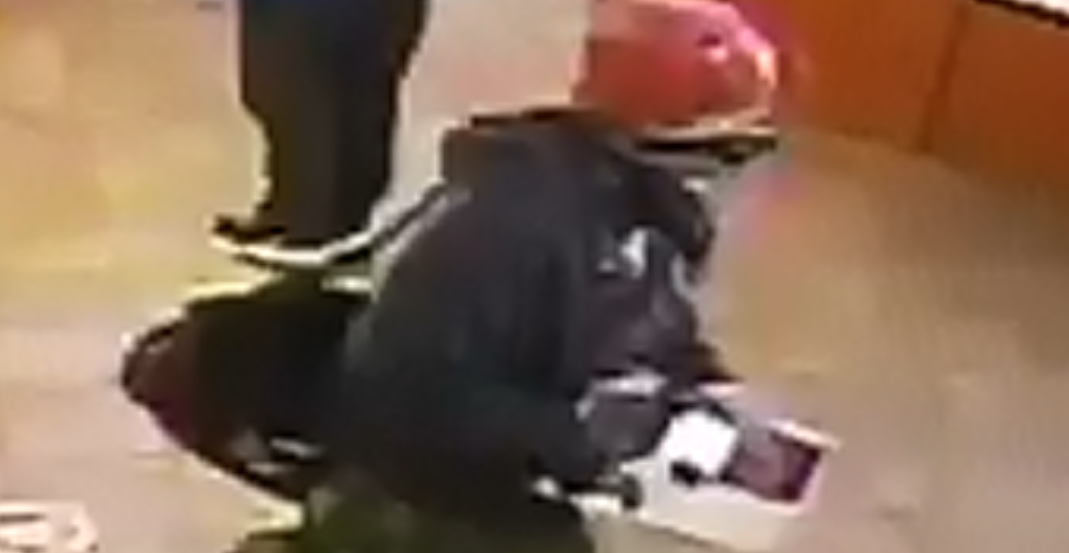 A male entered a Tim Hortons and allegedly stole a Royal Canadian Legion poppy donation box near Trafalgar Road and Postridge Drive in Oakville on November 9, according to Halton Regional Police.

Around 1 pm, as staff at the location were serving customers, the suspect allegedly reached around the counter and stole the poppy donation box. He promptly left the restaurant and fled the area on foot.

Police are still in search of the suspect.

According to the Halton Police, “The suspect is described as male, wearing a red toque, camouflaged pants, a black hoodie with a white symbol on the front and back, and black shoes.  He had a black and white handkerchief covering his face and was carrying a black “gym style” bag.”

Do you recognize this thief? He stole a Royal Canadian Legion poppy donation box from a Tim Horton’s in Oakville on Monday, Nov 9. Pls call investigators at 905-825-4747 ext 2284 if you are able to help identify him.

Anyone with information about this incident is asked by the police to contact Acting Detective Sergeant Ron Wright of the Oakville Criminal Investigations Bureau.

The Royal Canadian Legion says that all funds that are collected from poppy donation boxes go directly towards supporting veterans and their families, and to help ensure that Canadians, “never forget.”