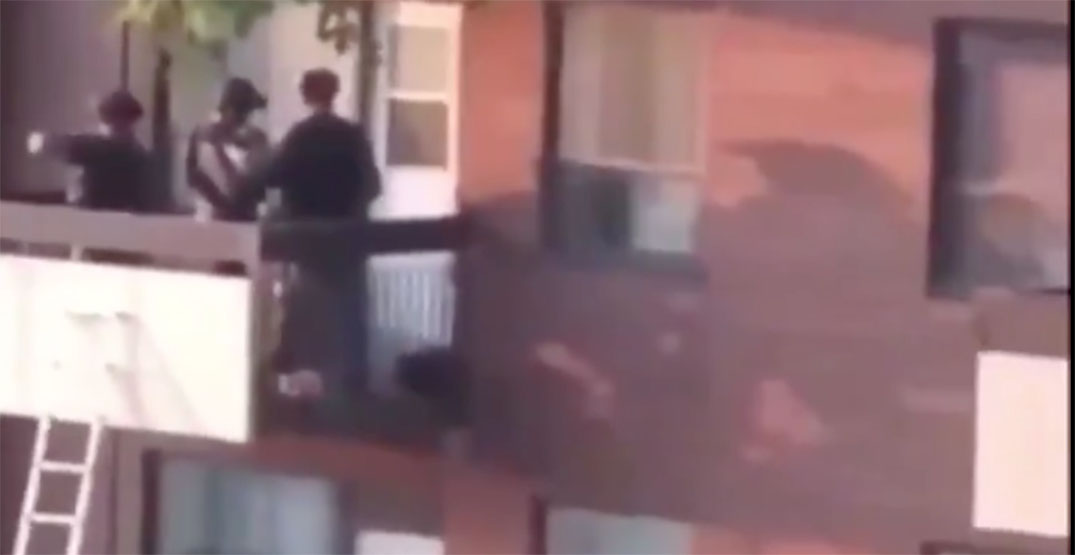 Police in Mississauga fatally shot a 62-year-old man who had locked himself inside an apartment on Saturday afternoon, and there appears to be video footage of the killing.

According to a news release from Ontario’s police watchdog, Peel Regional Police officers went to an apartment at 3425 Morningstar Drive around 5 pm to check on the man’s wellbeing.

The man “barricaded” himself inside the apartment, according to the Special Investigations Unit, but officers were able to talk to him through the closed door.

When the man stopped talking to police, officers breached the door and entered the apartment. They fired plastic bullets and a taser before shooting him.

Video has emerged that apparently shows the killing from the perspective of a neighbouring window or balcony.

Officers apparently used ladders to climb onto the man’s second-floor balcony and can be seen kicking in the door and yelling “put the knife down.” At least five shots can be heard.

Daily Hive has included the video below, but would like to warn readers that it is disturbing.

Just moments ago a man has died after a police-involved shooting in Mississauga, Canada pic.twitter.com/eGlQJsAIvU

This killing comes at a time when police violence towards members of racialized communities is under scrutiny around the world following the death of George Floyd in Minneapolis and protests calling for justice have erupted across the continent.

The SIU is asking anyone who witnessed the Mississauga shooting on Saturday to contact them at 1-800-787-8529.