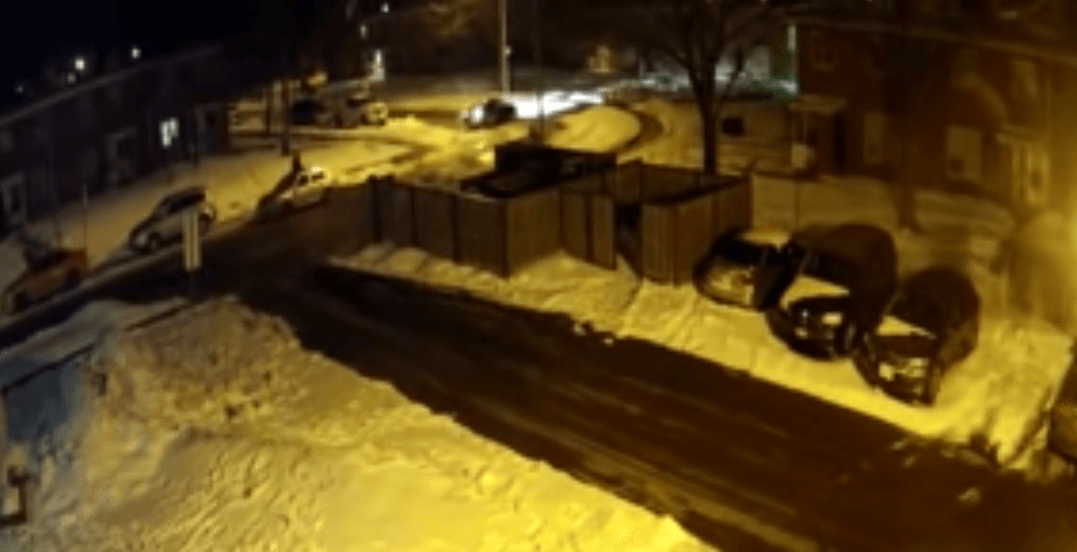 Toronto police are requesting public assistance in a shooting investigation.

According to police, on Saturday, March 2, at approximately 3:30 am, officers responded to a shooting in the Firvalley Court and Cataraqui Crescent area.

It is alleged that a silver Volkswagen, with a sunroof and tinted windows, drove by a black vehicle and as it passed, a suspect emerged from the sunroof and opened fire on the black vehicle.

Security video of shooting can be viewed below: