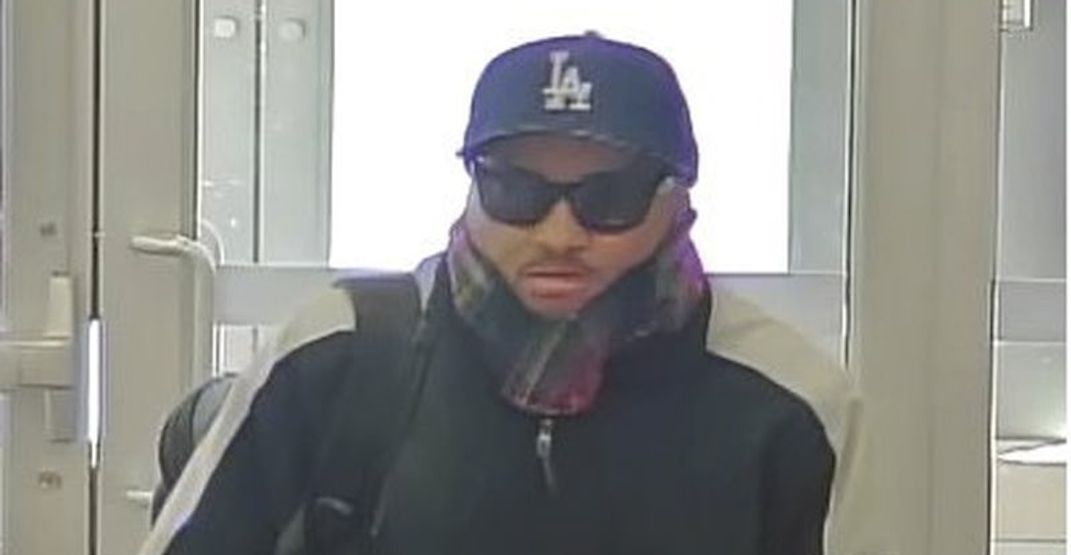 The Toronto police have released a surveillance video of a suspect dubbed the “LA Bandit” who is wanted in connection with five bank robberies across the Durham, Toronto and London regions.

According to police, the incidents all took place over a seven-week period from April to May 2018.

Police say the first incident took place on April 7 just after 10 am, when a man entered a bank near Yonge Street and Wellesley Street West wearing an “LA” baseball cap, dark sunglasses, and a scarf around the lower portion of his face to conceal his identity.

The suspect approached a customer service representative and placed a blue backpack on the counter and put his hand inside the backpack and made a verbal demand for money while indicating he had a gun in the bag.

He was then given a quantity of money and he exited the branch.

Police say the same man then proceeded to rob four other banks over the coming weeks.

On April 12 just before 11 am, the suspect robbed a bank on King Avenue West in Newcastle, ON.

On May 16, at around 10:30 am, the suspect robbed a bank in the Bloor Street West and Spadina Avenue area in Toronto.

During this robbery, he had a black beard and moustache and he was also wearing a jacket with blue sleeves, a black body and a yellow stripe that ran up one sleeve, across the chest and down the other sleeve. He was also carrying a red backpack. 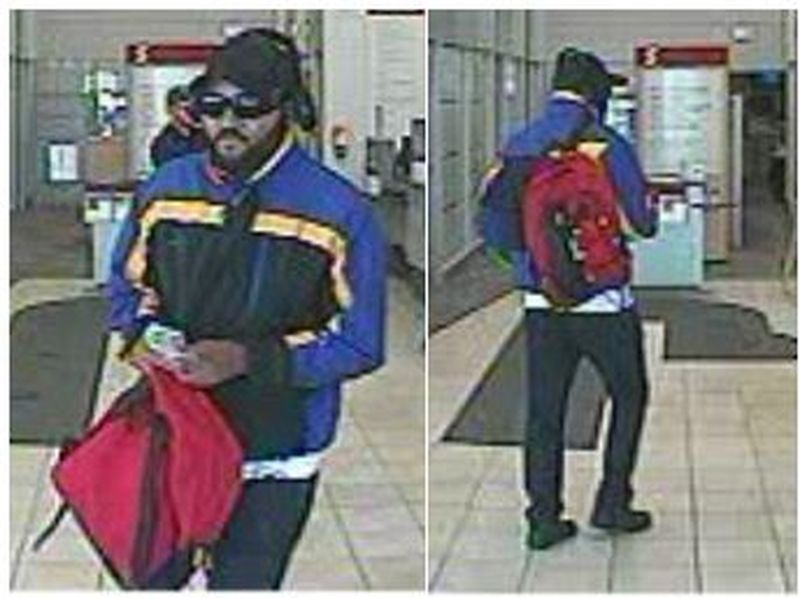 On May 18 at 9:30 am, the suspect robbed a bank in the area of Oxford Street East and Richmond Stree in London, ON.

The final robbery took place on May 26, at around 3:15 pm, the suspect robbed a bank in the Kingston Road and Victoria Park Avenue area in Toronto.

The suspect is described as being 6’0″, with a light brown complexion, between the ages of 25 to 35, with dark facial hair.