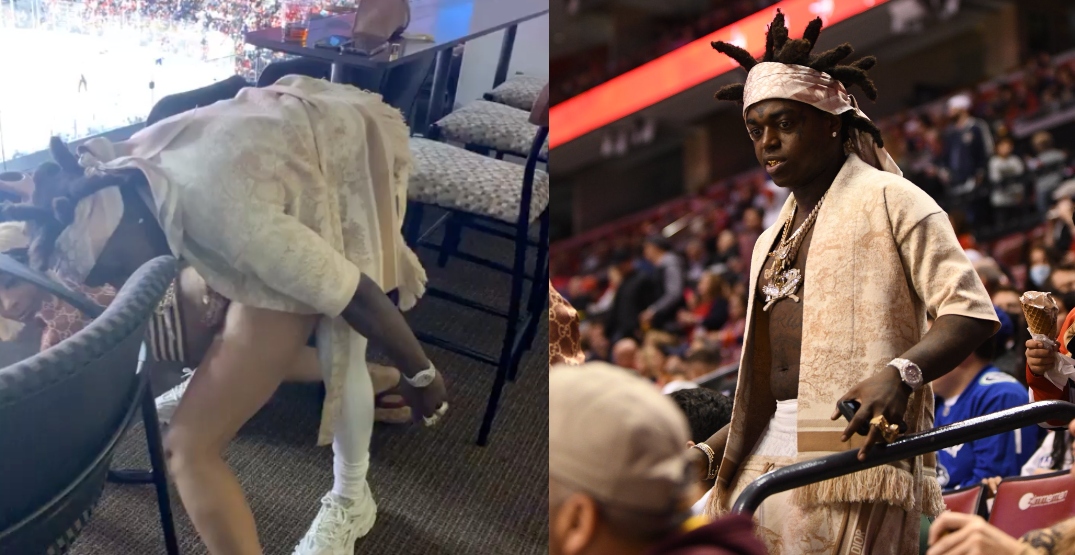 They were just dancing.

Despite some initial reports to the contrary, Kodak Black was not having sex with a woman during a Vancouver Canucks game in South Florida.

The first video that surfaced on Twitter appeared to spook the NHL enough for the league’s official Twitter account to pull a previous photo of Kodak at the Panthers game.

But it was clear to anyone who saw the second video of the Tuesday night twerk session that no laws had been broken.

But that didn’t stop the media from asking police, who then had to provide unintentionally hilarious commentary on the situation.

Police told TMZ that there would be no investigation into Kodak Black and his date Essence because “they were not having sex.”

How is that a real quote?

A spokesperson for the Sunrise Police Department told TMZ that “officers were present in the suite at the time of the action” and “insist” they were not having sex. According to TMZ, the police officer asked the couple to stop shortly after they began, and they complied.

How is this real life?

Safe to say this is an unprecedented story to materialize from a Canucks game.

Kodak Black, whose real name is Bill K. Kapri, has run into trouble with the law on multiple occasions, including as recently as January 1 when he was arrested on a trespassing charge in Pompano Beach, Florida.

But the luxury suite dance was fully legal.

“They were just dancing very provocatively,” the police spokesperson added.

Sunrise Police said the 24-year-old rapper and his date were “being young and having fun,” according to Miami television station Local 10.